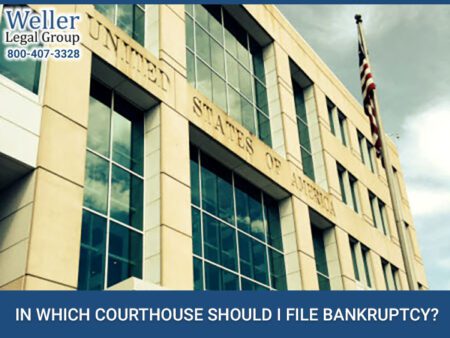 Under Title 28, Section 1408, cases under Title 11, are filed in the District Court for the District in which the person or entity filing Bankruptcy has for the prior one hundred eighty (180) days or the longer portion of the prior one hundred eighty (180) days, maintained either one’s domicile, residence, principal place of business OR principal assets.

Although “residence” and “domicile” are not specifically defined in the Bankruptcy Code, one’s residence is generally held to be where one lives, or dwells, whereas a domicile is where one dwells with the intention of remaining in the foreseeable future.

The plain reading of the Statute indicates that Bankruptcy cases will be assigned to the District Court in which the person or entity either resides, domiciles, or has a principal place of business or assets.  However, in the Middle District of Florida, for example, there are four different Divisions including the Tampa, Jacksonville, Orlando, and Fort Myers Divisions.

If the Debtor resides in Citrus County, which is located within the Middle District of Florida, Jacksonville Division, and files the Bankruptcy in the Tampa, Florida Bankruptcy Court, which governs the Middle District of Florida, Tampa Division, then the Court will generally seek to move the Bankruptcy case to the Jacksonville Division.  How can this happen, if the Statute clearly states that the case must be filed in the appropriate District, and does not refer to assignment to various Divisions?

However, Rule 1071-1 also provides that the Bankruptcy Court, upon its own Motion, or upon the Motion of another party, can Order the transfer to a different Division if the Bankruptcy Judge determines that such transfer is in the “interest of justice” or “for the convenience of the parties”.