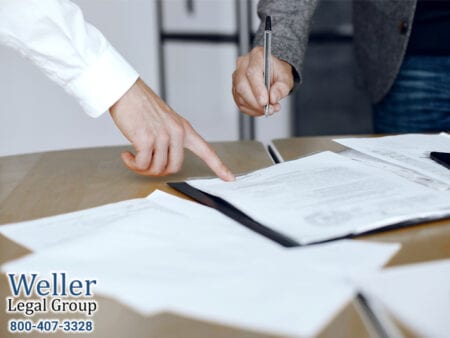 Recently the Middle District of Florida’s Chapter 13 Trustees updated their expectations and rules of debtors and their counsel. From procedures in reference to tax returns to discouragements, there have been some new hurdles added to getting a bankruptcy confirmed.

As a part of the new regulations, the Chapter 13 Trustees are requiring the last four (4) digits of the debtor or debtors’ social security number be redacted, along with the names of any children listed in the tax returns. Also, any account numbers on bank statements must be redacted to the last four numbers. To reduce the risk to the debtors, all personal identifiable information or (PII) has to be redacted.

The expectations to get a debtors bankruptcy case confirmed have also been altered to include more documentation. A case will not be confirmed if the debtor has not submitted their most recent tax returns and turned over and refund that they may have received.

The debtor does have the opportunity to submit a “request to retain the refund”. However, it must come with proof of why they need to retain the monies. Proof can come in the form of receipts, pictures of necessary repairs and even HOA letters telling the debtors that something has to be fixed.

Although this does not guarantee that the debtor will be able to keep their refund, the trustee balances this based on the income reported in the petition and the income from that was reported on that tax return. Along with the 1044 form itself, any accompanying W-2’s or 1099’s that the debtor has must also be submitted to the trustee. Failure to do say may result in the dismissal of the case.

To get a bankruptcy case confirmed the client must also be current on all of their payments to the trustee. After the filing of the petition, the debtor will receive a letter from their assigned trustee detailing how much their monthly payments will be, for how long they will be making payments, the last day possible to make their first payment and instructions on the multiple ways that the payments can be made. If before confirmation, the debtor is not current with their payments and have any amount in delinquency their case will not be confirmed and the hearing will be continued for an amount of time that the trustee will determine then.

If the confirmation is continued more than two times, counsel may be forced to pay up to a $1,500 disgorgement fee. A disgorgement fee is when the counsel, as punishment, has to pay the trustee the counsel’s own funds. This can occur through the lack of communication from the counsel, lack of appropriate diligence on the part of Bankruptcy counsel, or to the debtor or from delay of the debtor to comply with what the counsel and/ or trustee’s request.

If a debtor obtains new employment, Schedule I must be amended, wherein the debtor declares his or her income, unemployment, or social security, and provides proof of such new income.

The trustees reiterated that debtors cannot incur new debt when in the bankruptcy or sell any assets without the trustee’s approval and at the least consulting their counsel. If a debtor does sell any assets, the proceeds must generally be paid to the trustee.