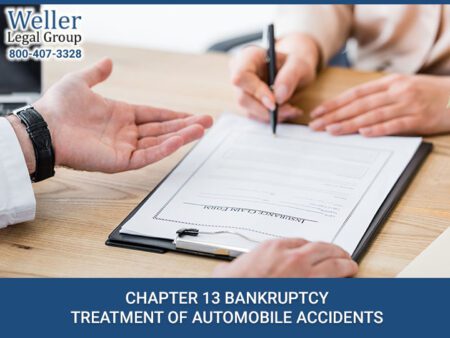 While the personal injury matter is continuing, often the injured party will be in need of medical treatment. The medical providers, including doctors and chiropractors, will generally be issued letters of protection by the Personal Injury Attorney. Such letters of protection mean that once the case is settled or finished, the personal injury attorney will distribute any monies received in such settlement or judgment to the appropriate medical providers, his own fees, and any remaining monies to the Debtor.

When the case is settled or rendered in the final judgment, it is imperative that a Motion To Approve Settlement be filed. This Motion is formally referred to in the Bankruptcy Court in Tampa as a Motion To Approve Compromise Of Controversy. This Motion will be accompanied by a Settlement Sheet or Settlement Agreement detailing how all monies are to be distributed pursuant to the Settlement or Final Judgement. The personal injury attorney will generally be awarded his or her attorney fees, without reduction, as the Bankruptcy Court recognizes the significant effort demanded in such actions.

The information that is needed by the Bankruptcy Attorney should such an accident occur is:

This information must be provided to the office of the Bankruptcy Attorney within ten (10) days from the date of the accident. If such a personal injury attorney is not enlisted within such period, then such information must be immediately provided upon the retention of such attorney.

The Bankruptcy Attorney will negotiate with the Chapter 13 Bankruptcy Trustee’s Office in an attempt to retain as much of the monies received by the Debtor in the personal injury action as possible. Any monies paid to the Bankruptcy Trustee will be used towards the payment of certain creditors including the Chapter 13 Plan. How many monies are distributed varies depending upon the classes of creditors included in such a Plan?

In certain circumstances in which special or extraordinary circumstances exist, the Bankruptcy Attorney may make an application to the Bankruptcy Court for the Debtor to retain some or even all of such proceeds. Special or Extraordinary Circumstances can include ongoing and necessary medical expenses, especially those relating to the accident. Special Circumstances may also include necessary expenses such as significant repairs to the Homestead. Despite such efforts, there is no guarantee that such monies will inevitably be retained by the Debtor.

What follows are the sample forms required by the Bankruptcy Court:

MOTION TO APPROVE COMPROMISE OF CONTROVERSY

Other Information that the bankruptcy attorney, the personal injury attorney, and the Debtor in the Chapter 13 Bankruptcy should be familiar with is also attached: