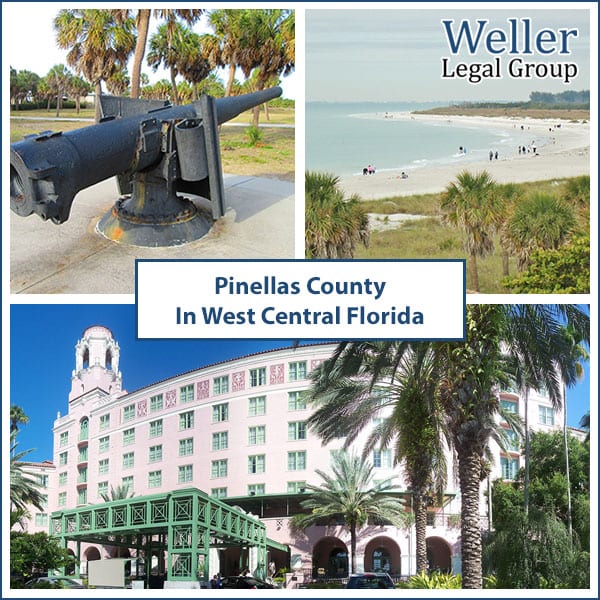 Florida and Pinellas County The first permanent white settlement on the Pinellas Peninsula was established in 1832 by Odet Philippe in the present-day Safety Harbor area of Pinellas County. The settlement history of the county, however, dates back much farther, to about 200 A.D., when the Weeden Island culture took hold along the central Gulf Coast of Florida. In about 1000 A.D. the Tocobaga Indians were thriving in central Pinellas County. In the 1500’s, the first Spanish exploration of the area occurred. In 1528 a Read More +

(From THE “Fun Fact Factotum” ) Clearwater… St.  Petersburg… and Pinellas County… All are situated in the State of Florida. All are sited along or immediately near the Central West Florida coastline along a 55-mile long stretch of the Gulf of Mexico. The longitudes and latitudes of the three geographical locations vary slightly. Those are: Location Latitude Longitude Elevation Clearwater 27.796745 -82.796745 30 feet St. Petersburg 27.773056 -82.639999 43 feet Pinellas County 27.8764 82.7779 (not given) Clearwater, St. Pete and Pinellas County – being so Read More +

“Born under a bad sign, been down since I began to crawl if it wasn’t for bad luck, I wouldn’t have no luck at all…” (“Born Under a Bad Sign” -Original Version, Albert King, 1967; covered by Cream, 1968) Today, Albert King’s song might seem like the “anthem” of (former) movie mogul Harvey Weinstein, and, by extension, his former corporation The Weinstein Company LLC (more universally referred to, and known more simply as TWC). According to online news / gossip source TMZ.com, The Weinstein Company Read More +

Many people in the United States would be surprised to learn that the profit motive in “higher education” is not something that just magically appeared during the second half of the 20th century. A large number of for-profit colleges, institutes, and “universities” were founded in the decades after the end of the Second World War. Having “profit” as a motive for setting up and operating for-profit schools, however, had its genesis in the United States long before the 20th century; the roots of for-profit education Read More +

General Information Tarpon Springs, Florida is a quaint nostalgic city with a population of approximately 25,000 people. It is located in Pinellas County on the Anclote River less than a mile from the Gulf of Mexico on the west coast of Florida. Its’ location is about 30 miles northwest of Tampa and just 20 minutes north of Clearwater. This city is a modern day “Little Greece” and is primarily recognized today for its’ famed sponge docks and Greek heritage. Markedly, Tarpon Springs has more Greek Read More +

The mayor of Hartford, Connecticut, Luke Bronin has been intimating for a number of months that the city may need to file Chapter 9 bankruptcy. Chapter 9 bankruptcy is a form of bankruptcy where a municipality can seek to reorganize its debts, and arrange such debts in a reduced payment over a period of years. According to reports, Hartford currently has a $65 million dollar deficit and has problems meeting its obligations, including upcoming shortfalls in revenue of $7 million in November, 2017 and $39.2 Read More +

SOLAR ECLIPSE DEFINED Wikipedia defines a solar eclipse as an occurrence when the Moon passes between the Earth and the Sun, which either partially or totally obscures the image of the Sun for an observer standing on the Earth.  A total solar eclipse happens when diameter of the Moon appears larger than the diameter of the Sun.  Such occurrence blocks all direct light from the Sun, effectively turning day into night.  One can only view a total solar eclipse along a narrow range when viewed Read More +