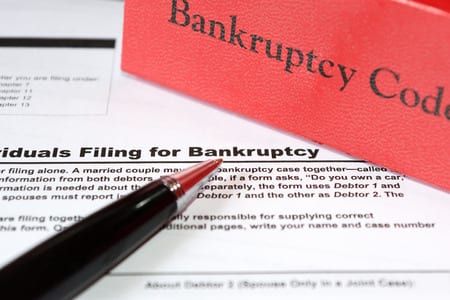 A third method to defeat the actions of the Chapter 13 Bankruptcy Trustee may be found in the United States Bankruptcy Court, in the Eastern Division of Illinois, in the case of In Re Gibson. In Gibson, the Debtor claimed his grandson as a dependent and received a child tax credit and earned income tax credit when he filed his tax returns. The debtor paid 50% of is refund every year to the mother of his grandson for the grandson’s support. In 2016 the Debtor prorated his share of the tax refund, divided it by 12 and added that amount to his monthly income in Schedule I and his current monthly income or CMI. The Debtor then deducted the expenses he incurred to support himself and his dependents, producing a monthly Chapter 13 Bankruptcy Plan payment of $525. His proposed Chapter 13 Plan offered to pay the Chapter 13 Trustee $525 per month for 36 months.

“Under Section 1325(b), if the trustee objects, a debtor’s plan cannot be confirmed unless the debtor devotes all of his projected disposable income to the plan. Disposable income is current monthly income (CMI) minus reasonably necessary expenses. CMI is the average of the debtor’s gross monthly income for the six months preceding the petition date. CMI includes all income whether received weekly, monthly, annually, or on an irregular basis. Income received from tax credits must be included in CMI. If income is not received on a monthly basis, the debtor must determine the amount received annually, divide that number by 12, and disclose the resulting figure as monthly income on Schedule I. The debtor must also include this amount in his CMI.”

“Once the CMI is calculated, Section 1325(b)(2) permits the debtor to deduct from it the expenses reasonably necessary for the support of himself and his dependents. As with his income, the debtor should prorate his annual or irregular expenses into monthly amounts. He may subtract his expenses from all the income he receives, including income received annually through tax credits or income tax refunds. The amount left after the debtor deducts his reasonable expenses from his CMI is his projected disposable income-the amount he must pay to creditors under his plan. If the debtor calculates his CMI and reasonably necessary expenses correctly, he need not pay any tax refunds to the trustee during the course of the plan.”

Judge Doyle found none of the Bankruptcy Trustee’s arguments to be valid. Judge Doyle wrote that the Trustee’s contention that the prorated income is illusory, is “not only meritless, it is self-contradictory.” Continued Judge Doyle, “The trustee contends that the debtor must include the tax refunds and tax credits in CMI, but she objects when he does just that by including the income in Schedule I and his CMI.”

The Judge also found that the argument the pro-rating of the income renders the Chapter 13 Bankruptcy Plan unfeasible was also unpersuasive. The Judge argued that the Debtor could simply adjust the timing of the payment of expenses so that he could timely make the plan payments. The Debtor did in fact timely make all of his plan payments.
The Bankruptcy Judge then addressed the third contention of the Chapter 13 Trustee that the Debtor’s calculation of expected refunds from tax returns was not accurate. The Trustee complained that the amount of the Debtor’s tax refund differed significantly in the prior three years, and the only method to ensure that all possible disposable income in the future was paid to creditors was to require the Debtor to pay all future tax returns to the Bankruptcy Trustee.

“The trustee’s position is based on the faulty premise that Section 1325(b) requires a debtor to pay all possible future disposable income to the trustee. It requires no such thing. Instead, as the Court held in Hamilton v Lanning, 130 S Ct 2464 (2010), the debtor must calculate his plan payment based on income in the past 6 months (or in the case of annual income, the past 12 months) and current expenses. These amounts are used to calculate projected disposable income unless changes are “virtually certain” to occur. If there are significant unexpected changes in income or expenses after confirmation, Section 1329 permits parties to seek modification of the plan. Under Lanning, the debtor’s most recent income-for 2016-is the best estimate of his income to use in calculating projected disposable income. There is no basis in this case to conclude that the debtor’s disposable income is virtually certain to be higher or lower in the future than in 2016. By using his most recent information regarding his income to calculate his plan payments, the debtor has complied with Section 1325(b) and Lanning”.

The Bankruptcy Judge then addressed the final argument presented by the Chapter 13 Trustee. The Bankruptcy Judge held that the Debtor presented credible evidence of the Debtor’s agreement with the grandson’s mother and the reasonableness of the expenses to cover the grandson’s expenses during the summer. The Chapter 13 Trustee offered no contradicting evidence.

The Bankruptcy Court in In Re Gibson allotted the remainder of its decision to attacking the practices of the Chapter 13 Trustee. Judge Doyle wrote:

“Trustee Marshall has a practice of insisting that certain debtors (those proposing to pay unsecured creditors less than 100% of what they are owed) turn over all tax refunds received after confirmation without deducting any expenses from them. Even debtors whose refunds constitute tax credits the government offers to low-income workers are treated this way. Yet she has no similar practice for debtors who do not receive tax refunds or credits but instead receive all of their annual income through wages. The effect of her practice, whether intended or not, is that debtors with the same annual income are treated differently solely on when they receive the income. Section 1325(b)(2) in no way authorizes this sort of discrimination. All debtors are entitled to deduct reasonably necessary expenses from the income they receive, whether they receive that income regularly as wages or only once a year in the form of tax refunds or tax credits”.

Judge Doyle continued her assault upon the Chapter 13 Trustee in footnote 5:

“Trustee Marshall’s practice, which no other chapter 13 trustee in this district follows, has a real negative impact on those debtors least able to protect themselves. Pro se debtors are most likely to have the lowest income and so receive tax credits like the earned income credit. Because they are Pro se, they are far less likely to challenge the trustee’s practice. Unaware that the trustee’s practice is wrong as a matter of law, they will simply accede to her demands about how their plans should be structured”.

Jay Weller is a Bankruptcy Attorney who has almost exclusively practiced Bankruptcy Law since 1993. Weller Legal Group PA is considered by most to be the premier Bankruptcy Law Firm in the Tampa region. Offices are located in Clearwater, Lakeland and Port Richey, Florida.