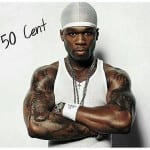 According to the August 4, 2015 Wall Street Journal Article, Mr. Jackson owes domestic support obligations, in this instance, Child Support, to a former romantic attachment, named Daphne Narvaez. The child of Mr. Jackson and Ms. Narvaez is named Sire.  Sire was born in September of 2012. Numerous articles suggested that 50 Cent did not originally acknowledge his parentage of Sire.  Although the child’s birth certificate named the child, “Sire Jackson”, 50 Cent did not sign the birth certificate.  However, subsequent postings of photographs of Read More +

The feud began, allegedly in 2009, when Rick Ross criticized Fifty Cent on a rap song “Mafia Music”, in retaliation for when Fifty Cent gave him a dirty look at the BET Awards, of which they were both in attendance.  Fifty Cents according to the same Article in the Daily Mirror, claims he did not remember seeing Rick Ross at the BET Awards event. Fifty Cents responded with his own rap song, entitled “Officer Rickey”, his own slur against Mr. Ross, who was a former Read More +

This Article is the first entry in this Author’s Series on the Chapter 11 Bankruptcy filing of Curtis James Jackson III, or the man more famously known as 50 Cent, Fiddy, and sometimes, G Unit.  The entries in this Series  will be presented, as follows: FORMER PARAMOUR OF RICK ROSS DAMAGED BY RAPPER 50 CENT’S PUBLICATION OF SEX TAPE:  THE MISADVENTURES OF PIMPIN’ CURLY FIFTY CENTS FEUD WITH SLEEK AUDIO CONTINUES IN BANKRUPTCY COURT: 50 CENT’S HEADPHONE DEAL GETS DA CLUB 50 CENT BATTLES IN BANKRUPTCY Read More +