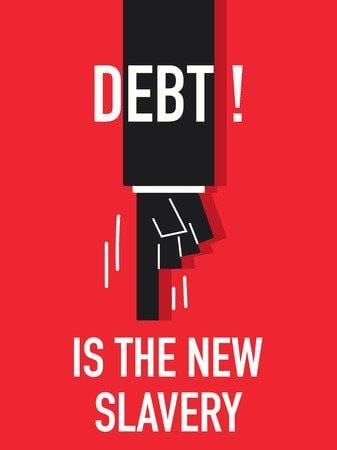 Mortgage debt in the United States is approximately 5 times larger than 20 years ago.  Mortgage debt as a percentage of Gross Domestic Product has more than tripled since 1955, at least 8 million Americans are at least one payment behind on their mortgages, and 29% of all homes are underwater, meaning the mortgage balance exceeds the value of their home.

Furthermore, the predatory medical care system in the United States provides substandard care at Cadillac prices.  Government policies act to stymie real competition among medical providers.  Most doctors and hospitals will not reveal the cost of their treatment until after the treatment is rendered.  The arrogance and insanity of this billing practice are obvious.  Imagine filling your gas tank and the attendant subsequently informing you that a tank full of gasoline costs $10,000 and if you do not fork over that amount, the gas station will harass you, possibly sue you, and garnish your wages, or seize your assets and personal property.

Government participation in the funding of secondary education is, in fact, the main reason for the rapidly escalating cost of such education.  For example, if the average college student in the United States was able to pay to say $500 per month for his or her education, through either family savings, earning from his or her own employment, or other private manners, the secondary education providers would necessarily need to manage their costs to reflect that contribution from its students.  Most colleges that were unable to control their costs would necessarily seize to exist.  By providing student loans of an additional $500 per month, for example, the same fiscal restraint is no longer necessary.  The cost of a student’s academic pursuits will naturally double, as there is lessened motivation on the part of the provider, and the recipient, to control or question, costs.

Numerous studies have determined that student loans are the primary driver of the high costs of pursuing a college education.  This same dynamic exists in other areas where government subsidies are present, including medical care and housing.

Their onerous taxation of the citizenry is the primary source of its impoverishment.  The government does not create wealth.  The government can only redistribute wealth and transfer wealth.  The impoverishment of its citizenry through either direct or indirect taxation propels further debt slavery.  Then, in order to maintain one’s basic necessities, the population is often forced to acquire additional debt through credit card usage, and borrowing in various forms.

Expanded public taxation leads to expanded private borrowing, and each element ultimately leads to a working population composed, primarily or entirely, of debt slaves.  The very wealthy can, to some degree, avoid the crushing burden of debt slavery, by virtue of their wealth.  The nonworking poor, additionally, are able to avoid such debt slavery, by their lessened participation and funding of the system of debt slavery.  Debt slavery falls most squarely on the working poor and the middle class.

Part VI in our series on debt slavery will discuss what one can do, either individually or collectively, to ameliorate one’s standing as a debt slave in modern America.