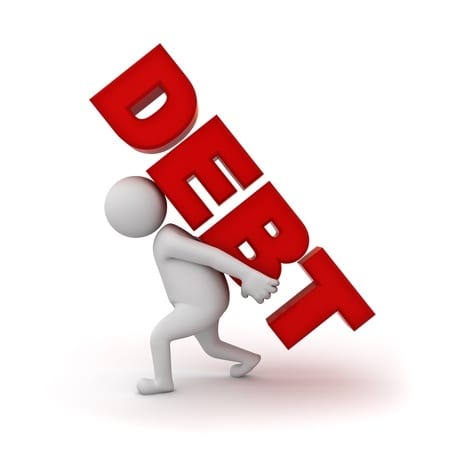 It is evident that the Civil War in the United States was waged, primarily to preserve the Union, and establish the supremacy of the Federal Government over the individual States.  Slavery, as traditionally practiced, was diminishing in the United States, including the South.

The African slaves were first introduced into the United States in 1618.  At this time white slaves outnumbered black slaves by a ratio of four to one.   Between  33% to 50% of the immigrants to Colonial America were indentured servants.  At the height of indentured servitude, such persons comprised up to 75% of the population.

An indentured servant is a person who is forced into servitude by virtue of a debt or debts owed to a creditor.  In Colonial times, such persons were either thrown into what is referred to as a debtor prison, or they were forced to pay off their debts to their creditor by performing physical labor.

However, slavery at the time of the Civil War was already in decline.  There are numerous reasons for the decline of traditional slavery in the United States.  Advances in technology and machinery, including in agricultural production, created less demand for such labor.  Also, there appeared to be a growing awareness among the population that slavery and indentured servitude were unjust practices.

However, another factor that is seldom discussed, may have led to the decline of the practice of slavery in the United States.  Slaves were expensive.  According to some historians, in 1850, the average slave cost approximately $48,000 in today’s money.  A prime field hand to a skilled slave such as a blacksmith, cost between $30,000 to $60,000.

Slaves in Colonial America were considered by the less than 1% of the population that were slave owners, to be sort of status symbol.  Only a small percentage of the population had the financial means to own and maintain a slave.

The cost of purchasing and maintaining a slave did not produce a good return on investment.  Most businesses consist of two factors, capital and labor.  Capital represents all the elements outside of labor that are necessary for the continuation of the business.  A factory that produces automobiles must have a building to produce the automobiles, machines to assist in their production, energy to run the machines, etc.  Labor represents the workers that labor in the factory.

A good return on investment is typically considered to be 8% to 10%.  If a field hand earned $5.98 a week in 1860 and a slave cost approximately $1,000, the slave would need to labor approximately 14 years for the slave owner to recapture his investment.  When one calculates the added expense of providing all the physical needs of the slave, such as food, clothing, housing and medical, the slave would need to labor more than 14 years.  In order to achieve a return on investment of 8% to 10%, the $1,000 invested by the slave owner in purchasing the slave must be recaptured in 8 to 10 years.

From a purely financial perspective, slaves were not a good investment.  One advantage, however, of owning a slave over simply hiring a laborer, is that the offspring of the slave could further be monetized.  Despite this advantage, slaves generally were not a wise investment, from the perspective of a plantation owner or businessman, because the return on investment was so dismal.

In addition, the return on investment provided by the laborer was immediate.  If the performance of the laborer diminished, the plantation owner could simply terminate the laborer and hire another, with no loss of investment.

Indentured servitude and traditional slavery was eventually outlawed in the United States.  One of the reasons may be because of a realization of the evils inherent in both practices.  Another possibility is that the governing population realized that such practices brought a weak return on investment.   Another form of slavery was and is much more efficient, carries a higher return on investment, and does not carry the stigma of institutional slavery.  So, indentured servitude and traditional slavery were banished, and replaced with debt slavery.

Part III in our Series will discuss debt slavery, along with its formation, practice and advancement, in the United States.