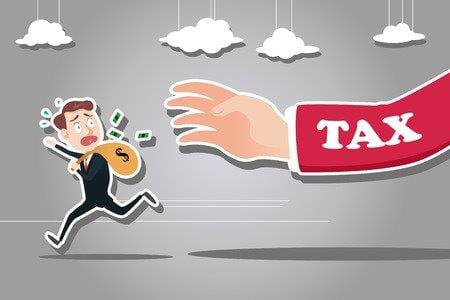 This author posits that there are three distinct forms of slavery.  To make clear, it is the opinion of this author that the most insidious form of slavery is the traditional definition of slavery.  The traditional form of slavery describes a practice where a person or persons are involuntarily captured or imprisoned and forced to perform services or labor for the benefit of his or her captors.   Although it is arguable that the Colonial populations that were indentured servants were treated in many cases more harshly than those enslaved according to the traditional definition of slavery, the indentured servants were generally forced to labor for a defined term of years.   Yes, many died before the expiration of their term of service, but such indentured servants at least had the opportunity for freedom for themselves and their children.  The traditional slaves were afforded no such opportunity.

The thirteenth Amendment to the United States Constitution prohibits both the traditional form of slavery and involuntary servitude.  However, in modern America, these forms of slavery have been replaced by what this author describes as debt slavery.  Debt slavery is very similar to involuntary servitude and many examiners of these practices could logically argue that such forms are synonymous.

In some cases, such as non-payment of child support, or through a governing entities definition of tax fraud, one may become imprisoned, fined, or otherwise harassed.  A creditor may bring legal action to attempt to collect a debt.  However, generally, one cannot be either imprisoned or forced to perform labor in order to satisfy a debt.  The justification for imprisoning persons for “income tax fraud” is that the governing body determines to be a fraudulent representation in the income tax documents submitted to the governing body.  A person may simply file a tax return, accurately represent his true financial conditions, but not pay such taxes, and probably avoid a term in prison.  The governing entity may harass such a debtor, may even fine, or levy the wages or property of such debtor, but typically has no authority to either imprison such debtor or force the debtor to perform labor to satisfy what is deemed to be his or her income tax obligation.  Similarly, a debtor may be imprisoned for failure to pay child support, but one defense that enjoins the State for imprisoning such a debtor is a financial inability to pay such support.  The thirteenth Amendment protects such debtors from such governmental actions.

Furthermore, a creditor can garnish the wages or attach the property of a debtor to order to collect a debt, but the creditor cannot force the debtor to perform labor in order to pay such debts.  The debtor may further seek the protection of the bankruptcy laws, various State exemptions, and other means to prevent such creditor actions.

Debt slavery, as opposed to involuntary servitude, differs because the subject of debt slavery is usually unaware that he or she is a slave.  Many persons willingly submit to such a form of slavery.  It is a more efficient form of slavery than involuntary servitude or traditional slavery because one’s captors do not need to provide any of the provisions, such as food, shelter, clothing or medical treatment, that slave owners were required to provide by law, in colonial America.  It is a form of slavery that is applied to the entire population of the United States, rich and poor, but may be applied most dramatically to neither.  Those who are often referred to as the middle class are possibly the most punished subjects of debt slavery.

Part IV in our series on debt slavery will examine how debt slavery is implemented and propagated in modern America.