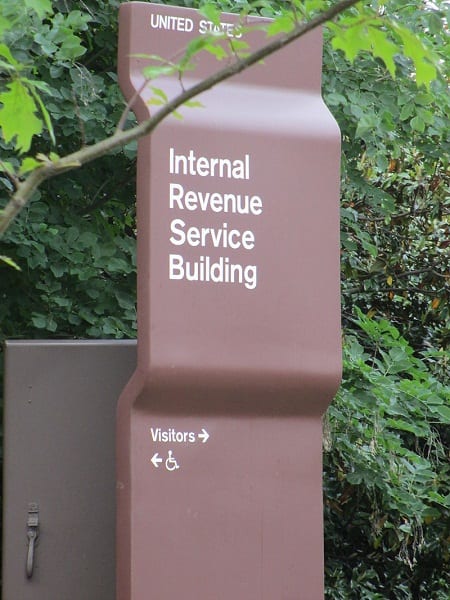 In December of 2015, Congress passed a transportation bill entitled Fixing America’s Surface Transportation Act, and included in the Act was a provision requiring the Internal Revenue Service (IRS) to use private collection agencies for the collection of certain outstanding tax debts.  The Act provides that the private collection agencies will only prosecute select accounts where the tax debt has been removed from the IRS inventory due to a lack of resources or an inability to find the taxpayer, more than one-third of the limitation period to collect on the tax debt has expired and no IRS employee has been delegated to collect the debt, and the debt has been assigned for collection but more than 365 days has passed without  interaction or contact with the taxpayer in furtherance of collection of the debt.

Additionally, the IRS will not assign certain accounts to the private collection agencies including accounts for minors, taxpayers in designated combat zones, victims of tax-related identity theft, accounts that are subject to an installment agreement, innocent spouse cases, and persons in presidentially declared disaster areas who request relief from the collection.

It appears the private debt collectors are not exempted from the provisions of the Fair Debt Collection Practices Act, which prohibits certain behavior by debt collectors including contacting alleged debtors before 8 am and 9 pm, contacting persons at work if they are requested not to, making certain misrepresentations such as threatening imprisonment, the amount owed, or falsely accuse such persons of having committed a crime.

It is uncertain whether such private debt collectors are permitted to use robocalls.  A Federal Communications Commission ruling holds that the federal government is permitted to use the robocall device in contacting American consumer, as long as such contact is for government business.  However, it is unclear whether such decision applies to the private contractors.

According to the IRS, the private debt collectors are required to clearly identify themselves as contractors of the IRS.  If a taxpayer receives such calls but is unwilling to work with the private collection agency, the taxpayer may request in writing to only work directly with the IRS.

According to Bill Banowsky, who heads the program for the IRS, the IRS will initially only assign cases with a debt of less than $50,000.  However, as the program progresses, Mr. Banowsky promises the agency will assign larger and more complicated cases to the private debt collectors.

The IRS will begin the program by assigning 100 taxpayers per week to four separate private debt collection companies.  The IRS anticipates that the program will expand to 1,000 accounts per week by the end of summer, 2017.

Four companies have been selected by the IRS to implement this program.  They include the CBE Group of Cedar Falls, Iowa; Conserve of Fairport, NY; Performant of Livermore, CA; and Pioneer of Horsehead, NY.

The program is not without its critics.  Pioneer, one of the selected debt collection agencies, had previously contracted with the US Department of Education to collect student loan debt.  However, the Department of Education terminated its contract with Pioneer in 2015, citing inaccurate information that was provided to debtors.  The Agency stated such misrepresentations included information regarding benefits to borrowers’ credit reports and the waiver of certain collection fees.

In addition to Pioneer, the Department of Education in 2015 canceled contracts with five collection agencies and did not renew contracts with some others, including Performant, another collection agency chosen by the IRS to administer its efforts.  The Department of Education purpose for such cancellation was its disenchantment with the aggressive tactics and “materially inaccurate misrepresentations” used by the canceled agencies.

In addition, the inspector general stated that Department of Education officials was not effectively making certain that the collection agencies were following the laws relating to their collection efforts.  In May of 2013, the inspector general said that the Department of Education was paying bonuses to the collection agencies without first determining that such monies were earned.

Navient, the parent corporation of Pioneer, paid $97 million dollars in fines pursuant to charges by the federal government that the company overcharged military service members.

Nina E Olson, the Taxpayer Advocate at the IRS, is critical of the planned used of private debt collection firms.  Among the concerns raised by Ms. Olson is that under statutory and administrative rules, the IRS will generally not pursue collection efforts from taxpayers experiencing economic hardship.  However, the new law does not exclude the assignment of cases to the private collectors where such hardship exists.

Ms. Olson’s examination of prior efforts to assign the collection of tax debt to private firms, found “the program undermined effective tax administration, jeopardized taxpayer right protections, and did not accomplish its intended objective of raising revenue.”  Continues Ms. Olson, “Indeed, despite projections by the Treasury Department and the Joint Committee on Taxation that the program would raise more than $1 billion in revenue, the program ended up losing money.  We have no reason to believe the result would be any different this time.”

Additionally, the program appears directed at taxpayers with relatively lesser economic means.  According to Ms. Olson, about 80% of the persons to be approached by the private debt collection companies “are relatively low-income individuals.”

The National Treasury Employees Union has traditionally opposed the use of private debt collectors, citing the inefficiency of such efforts, the unfair treatment of low-income taxpayers and the opportunity for fraud and abuse.  Tony Reardon, the NTEU President said, “Every time this has been tried before, it has failed.  But once again, Congress has forced this policy on the IRS, and we expect the results to be the same; collection agents getting paid to harass taxpayers, many of whom need assistance, and not threats.”

A pilot program was instituted in 1996 but was canceled about a year later.  The private collection agencies were found to have routinely violated the Fair Debt Collection Practices Act, and the program was discontinued a $17 million loss.

The American Jobs Creation Act of 2004 included a provision to again use private debt collection companies for the collection of unpaid taxes.  The rationale for the provision was based upon a US Government Accountability Office report showing that since 1997, the number of delinquent tax cases had risen from almost 0% to 40%.  Additionally, the same report claimed that the officers pursuing such cases had declined from 5,000 in 1996 to 3,500 in 2003.

Democratic Congressman Steve Rothman questioned whether the use of private debt collectors was recovering less than if the IRS hired more IRS agents, to which IRS Commissioner Mark Everson answered, “I freely admit it.”  Rothman continued, “You’re costing more for the same job”, to which Everson replied, “That’s true.”

OMB watch conducted a study that found that the IRS could deliver eight times the revenue for much less than the cost of using private collection agencies.

In 2006, the IRS contracted with three companies to collect such debts.  Linebarger, Goggan, Sampson, and Blair of Austin, Texas; CBE Group of Waterloo, Iowa; and Pioneer Credit; were given contracts with the IRS.  Linebarger’s contract was not renewed.  Linebarger was a large donor to the Democratic Party, including large donations to Hillary Clinton.  The two contracts that received renewals under the program were large Republican Party donors.

In 2006, the IRS began to collect tax debts using private collection firms.  The program was predicted by its supporters to garner $2.2 billion in revenue.  However, the IRS determined that the program ended with a loss of $4.5 million to the federal government, after deducting $86.2 million in program administration costs and payments to the debt collection companies exceeding $15 million.  Again, the program was canceled.

National Taxpayer Advocate Nina Olson reported to Congress that “the revenue benefits of the program are limited and the potential for taxpayer rights violations is significant.”  Ms. Olson recommended that the program is discontinued.

This is not to suggest that only Republican representatives are supporters of the private collection efforts and the Democrats in opposition.  Support and opposition to the use of private collection companies do not appear to divide across party lines but based upon which Congressional representatives benefit either directly or indirectly from the implementation of the private collection programs.  Charles Schumer of New York, a Democrat, is a big supporter of using private debt collection, as is Senator Chuck Grassley of Iowa.  Under the new program, two of the companies given contracts are from New York and one company originates out of Iowa.

Betty DeVos, the current Secretary of Education under the Trump Administration, has large financial holdings in the RDV Corporation.  RDV is an affiliate of LMF WF Portfolio, one of a number of entities that preferred a $147 million loan to Performant Financial Corporation.  Although Performant’s contract with the Department of Education was discontinued, Performant is one of the four debt collection agencies given contracts under the new attempt by Congress and the IRS to restart the program.

Another problem associated with the use of private debt collection companies is the rise of the tax scammers.  A number of scammers have been contacting taxpayers, tricking them into paying the scammer for delinquent taxes.  Usually, the scammers arrange for the taxpayer to either transfer monies electronically or encourage the taxpayer to pay with a pre-paid credit card.

The problem becomes how taxpayers are to differentiate between the tax scammers and the private debt collection companies.  The IRS is expanding additional monies and effort warning taxpayers about scammer activities, mostly because it spent many years and resources informing taxpayers that only the IRS will contact them regarding delinquent debts.

On May 23, 2007, Congress conducted a hearing pertaining to the use of private debt collectors by the IRS.  Charles Rangel argued that the collection of Federal taxes is a basic governmental function that should not be assigned to a profit-making business.  Additionally, Mr. Rangel stated that the outsourcing of IRS tax collection duties “carries an unacceptably large risk that taxpayer rights will be trampled and their personal identities stolen.”

Congressman John Lewis stated that the Committee in 1874 repealed the authority of the IRS to use private tax collectors, upon the rationale that the collection of federal taxes is a core governmental function, that should only be prosecuted by federal employees.

Furthermore, the Congressional hearing referred to the 1819 United States Supreme Court case of McCulloch v Maryland, that held that the federal government’s taxing power is ancillary to its sovereignty.  Chief Justice Marshall wrote, “The power to tax is an incident of sovereignty, and is coextensive with that which it is an incident.”  Therefore, the power to access and collect taxes is inherently governmental.  The hallmark of an inherently governmental function is one that requires the exercise of discretion in interpreting and executing the law.  It is a function that is recognized as so intimately related to the public interest as to mandate performance by governmental employees.  Inherently governmental functions cannot be constitutionally delegated to private parties, only ministerial functions can be delegated to private parties.

Jay Weller is an Attorney practicing law in the State of Florida.  The majority of Mr. Weller’s practice is concentrated in the representation of debtors in bankruptcy proceedings.  Weller Legal Group PA has served the central western region of Florida since 1993 and has offices located in Clearwater, Port Richey, Lakeland, and Brandon.