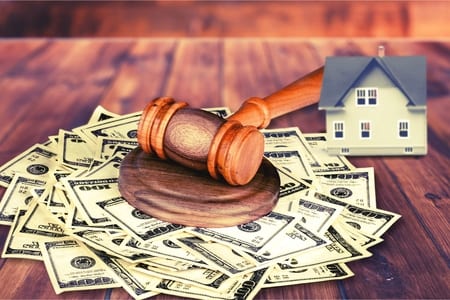 Domestic support obligations are defined by federal and not state law.  11 USC 101(5) states that a domestic support obligation is not discharged in bankruptcy.  11 USC 101(15) furthermore states that monies owed “to a spouse, former spouse, or child of the debtor and not of the kind described in paragraph (5) that is incurred by the debtor in the course of a divorce or separation or in connection with a separation agreement, divorce decree or other order of a court of record, or in a determination made in accordance with State or territorial law by a governmental unit” are likewise, not discharged in bankruptcy, and are an exception to bankruptcy.

If the debt is assigned to a non-governmental entity, such debt is not a domestic support obligation unless the obligation is voluntarily assigned by the spouse, former spouse, or child of the debtor, or the child’s parent, legal guardian, or responsible relative, for the purpose of collecting the debt.

The 2005 BAPCPA removed the ability of a debtor in bankruptcy to discharge obligations to a former spouse resulting from a divorce decree, separation agreement or equitable distribution award.  All domestic award obligations are nondischargeable under bankruptcy code section 523(a)(5).  Furthermore, bankruptcy code section 523(a)(15) holds that any obligations not covered by 523(a)(5), such as obligations arising from a property settlement or division, owed to a “spouse, former spouse, or child of the debtor, are not discharged in bankruptcy, if such debts were “incurred by the debtor in the course of a divorce or separation or in connection with a separation agreement, divorce decree or other order of a court of record.”

The Fourth Circuit Court has fashioned an unofficial test to determine the intent of the parties.  The Fourth Circuit examines first the language of the agreement.  Whatever labels the parties attach to various obligations are not controlling.  The questions employed by the court include whether the debt actually is in the nature of alimony, maintenance or support, was payment to be made in a lump sum or single payment or as a monthly obligation, what is the tax treatment of the obligation, did the parties waive support, and whether such obligations arise under provisions in an agreement governing support or property division.

Secondly, the Fourth Circuit will consider the financial condition of the parties.  What are the employment history, present and potential earning power of the respective parties?  Who has custody of the children?  The court will also consider the function of the obligation.  Does the obligation provide for daily necessities, such as food and shelter, or act as a mechanism for division of property?

Finally, the Fourth Circuit will consider evidence of overbearing or the respective power or position of the parties.  What is the bargaining power of the respective parties?  Did one party lack legal representation?  Are there provisions in the agreement that clearly favor one party over another?

However, domestic support obligations that are assigned to a governmental unit may be paid less than the full amount, or 100%, of the obligations, in a Chapter 13 bankruptcy, provided the debtor commits all of his disposable income to the Chapter 13 plan, over a period of five years.  Bankruptcy code section 523(a)(18) governs domestic support obligations owed to governmental units.   However, unlike obligations that fall under 523(a)(5), 523(a)(18) permits the super discharge for debtors who complete the Chapter 13 plans, provided all disposable income is committed to the plan and the debtor completes a five-year plan.

A number of interesting cases addressed the issue of domestic support obligations and their treatment in bankruptcy.  In the matter of the State of Florida Department of Revenue versus Irain Lazaro Gonzalez in the Eleventh Circuit, the debtor received notice that his work-related travel reimbursement would be seized by the State of Florida Department of Revenue, to reimburse the debtor’s domestic support obligation.  The debtor’s Chapter 13 plan provided for full payment of the arrearages owed pursuant to the domestic support obligation and ongoing child support to the oblige.  Because the Department of Revenue attempted to seize the payment after the confirmation of his Chapter 13 plan, the bankruptcy court found that the Department violated the bankruptcy court confirmation order, awarding attorney fees to the debtor.  The district court affirmed the bankruptcy court decision, and the circuit court agreed.

In addressing this conflict, Gonzalez argued that if Congress intended that the domestic support obligation collection efforts be exempt from section 1327(a), it would have so provided.  Second, by allowing a creditor to make such collection efforts after the confirmation of the Chapter 13 plan would essentially imperil any Chapter 13 bankruptcy involving a domestic support obligation creditor.

The court concluded that while the “legislative intent behind section 362(b)(2)(C) permits a domestic support obligation creditor to collect notwithstanding the automatic stay”, there is no indication that Congress intended this exception to interfere with the binding effect of a confirmed plan pursuant to section 1327(a).  While the Department of Revenue did not violate the automatic stay when it intercepted Gonzalez’ travel reimbursement, it did violate the confirmed chapter 13 plan.

The United States District Court case in the Western District of Oklahoma, Tucker v Oliver, considered whether an award of attorney fees qualifies as a domestic support obligation within the meaning of 11 USC 101(14A), making such obligation excepted from discharge under 11 USC 523.

The Olivers were the grandparents of the Tucker’s child, and brought suit, unsuccessfully, to seek visitation with their grandchild.  The State Court denied Oliver’s request and awarded attorney fees against the Olivers, and in favor of Tucker.  The Olivers subsequently filed bankruptcy.

The court found that the attorney fees determined to be owed to Tucker are dischargeable in bankruptcy.  The court wrote, “The question boils down to whether the attorney fee judgment qualifies as a domestic support obligation within the meaning of 11 USC 101(14A), thus making it dischargeable under 11 USC 523.  Section 101(14A) expressly defines the persons to whom the court –ordered, support related obligation must be owed for it to be a domestic support obligation.”  Continued the court, “To qualify, the debt must be owed or recoverable by a “spouse, former spouse or child of the debtor or such child’s parent, legal guardian, or responsible relative”.  Since Tucker was the former daughter in law of the debtors, she is none of these parties, and therefore section 523 does not prevent the discharge of the obligation.

The Eighth Circuit case of Burnett v Burnett addressed the issue of whether a debtor who successfully completed a Chapter 13 plan which provided for the payment of all spousal support arrearages in full, could subsequently be liable for accrued interest on the arrearages.  The court found that bankruptcy code section 1327(a) “affords the confirmed plan re judicata effect and bars Ms. Burnett’s attempts in a collateral state court proceeding to expand her entitlement to relief to include interest on her pre-petition spousal support.  However, Ms. Burnett may seek any post-petition spousal and child support obligations, as the bankruptcy code permits no proof of claim for such obligations.

Jay Weller is a bankruptcy attorney, practicing in western Florida.  Since 1993, Weller Legal Group has represented many tens of thousands of clients in bankruptcy proceedings.  With offices in Clearwater, Port Richey, Brandon, and Lakeland, Weller Legal Group is the oldest remaining law firm in western Florida, with a sole concentration of bankruptcy law, and the capability of representation among multiple offices.  Mr. Weller can be contacted through the website, www.jayweller.com, or by contacting him directly at our Clearwater office, at 727-539-7701.