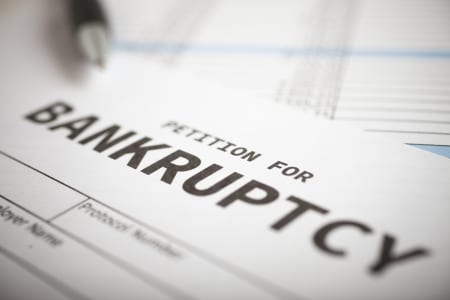 Bankruptcy Code Section 523(a)(6) prevents a debtor from obtaining the discharge of any debt for “willful and malicious injury by the debtor to another entity or to the property of another entity”.  There are two prominent interpretations as to how this provision is to be construed.  The Ninth Circuit interpretation is that the debtor’s actions “must be accompanied by some form of tortious conduct which gives rise to the willful and malicious injury.”  The Fifth Circuit maintains that tortious conduct is not required and that the creditor must only prove that the debtor intended to injury the other party or if the injury to the other party was substantially certain from the conduct of the debtor.  The salient cases that addressed this issue were In re Jercish in the Ninth Circuit and In re Williams in the Fifth Circuit.

The differing treatment among these Jurisdictions is at least partly created by the US Supreme Court decision in Kawaauhau v Geiger, which addressed the issue of whether reckless or negligent conduct could prevent the discharge ability of a debt, but did not address the matter of what kind of intentional conduct was necessary to maintain a creditor objection to Discharge under 523(a)(6).

Bankruptcy Code Section 523(a)(6) excepts from discharge any debt “for willful and malicious injury by the debtor to another entity or the property of another entity.”  From 1904 to 1998 the United States Supreme Court broadly interpreted “willful and malicious”.  To prevent the discharge of a debt, the claimant needed only to prove that the debtor’s action was an intentional and necessarily caused injury.  Malice was assumed based upon the argument that an intentional act caused the injury.  This standard can be found in the Supreme Court case of Tinker v Colwell in 1904.  This nearly century-long interpretation changed in the Geiger decision.

In the Geiger decision, the Court entertained whether  “a debt arising from a medical malpractice judgment, attributable to negligent or reckless conduct”, would be dischargeable under 523(a)(6) when there was no attendant willful or malicious injury.

In Geiger, the patient suffered the amputation of her right leg, below the knee, after receiving treatment from a foot injury.  The patient brought suit for malpractice, and the jury subsequently decided that the doctor committed malpractice in his treatment of the patient.  Following the verdict of the jury, the doctor filed Chapter 7 Bankruptcy, hoping to Discharge the debt presented by the verdict.

The bankruptcy court determined that the debtor’s behavior was willful and malicious because the “treatment fell far below the appropriate standard of care.”  The district court affirmed the bankruptcy court decision but the appellate court reversed the lower court holdings and held that the debt presented by the malpractice claim was dischargeable.

The US Supreme Court affirmed the decision of the appellate court, holding that the willful conduct requires a “deliberate or intentional injury, not merely a deliberate or intentional act that leads to injury.”  Furthermore, if Congress intended to “exempt debts resulting from intentionally inflicted injuries” it would have included such language in 523(a)(6).  Such unintentional inflicted injuries, as in the case of an automobile accident or a knowing breach of contract, are not addressed in the bankruptcy code, and specifically, Section 523(a)(6).

Such a construction, according to the Supreme Court, was not contemplated by Congress.  For example, Section 523(a)(9) which prevents the discharge of debts arising from injuries arising from the drunk or intoxicated operation of a motor vehicle, would be essentially duplicative or unnecessary, if the unintentionally inflicted injuries were included in the purview of 523(a)(6).

The clear ruling of Geiger is that 523(a)(6) only exempts deliberate or intentional injuries, but not intentional acts that result in injury.  Yet, the Court did not decide whether the conduct of the debtor must be not only willful and malicious but also tortious, to prevent Discharge.  This lack of attention by the Supreme Court to the issue of whether tortious conduct must be present arguably may be the cause of the differing opinions of the Fifth and Ninth Circuits.

Subsequent to the Geiger decision, the Ninth Circuit rendered a ruling in Petralia v Jercich.  Jercich, a real estate company owner, did not pay one of his employees, Petralia, under an employment contract.  Petralia brought suit in the state court.  The state court found in favor of Petralia, and Jercich thereafter filed bankruptcy.  Petralia brought an adversary proceeding to determine that the debt should not be discharged pursuant to Section 523(a)(6).

The bankruptcy court found in favor of Jercich, holding that the debt was discharged.  The bankruptcy appellate decision affirmed the bankruptcy court decision, holding “where a debtor’s conduct constitutes both a breach of conduct and a tort, the debt resulting from that conduct does not fit within 523(a)(6) unless the liability for the tort is independent of the liability on the contract” and because “there was not a tort independent from the contract, the debt was not exempt from discharge under 523(a)(6).”

The Fifth Circuit in Williams v International Brotherhood Of Electrical Workers Local 520 crafted its own interpretation of 523(a)(6), holding that tortious conduct was unnecessary, that the sole determination required for the exception to bankruptcy is that the conduct of the debtor was willful and malicious.

In Williams, the dispute arose from a purported violation of a collective bargaining agreement, and a later agreement between an electrical contractor and a union representing electrician who performed labor on a construction project.  Williams hired electricians who did not reveal their union membership and subsequently went on strike.

The bankruptcy court held that debt arising from the violation of the collective bargaining agreement was not dischargeable because the debt “arose from willful and malicious injury.”  The district court affirmed the bankruptcy court.

The 11th Circuit Court addressed Bankruptcy Code Section 523(a)(6) in Hope v Walker (1995).  The court has presented the issue of whether an employer’s failure to obtain statutorily required workers’ compensation insurance constitutes a willful and malicious injury under 523(a)(6).

Walker, the debtor, hired Hope to perform construction work on a house.  Hope fell approximately eight feet and broke his elbow and forearm, resulting in medical expenses, lost wages, and a permanent and partial disability.  Although state law requires that general contractors in Georgia obtain workers’ compensation insurance coverage for subcontractors, Walker did not have such coverage.  Walker claimed that he did not secure such coverage because he did not consider himself to be the general contractor, and believed that Hope was responsible for obtaining his own insurance for himself and his employees.

Hope sued Walker and the State Board of Workers’ Compensation awarded Hope disability benefits, medical costs, and other damages.  Walker paid a portion of the award and then filed Chapter 7 bankruptcy.  Hope filed an adversary complaint against Walker, arguing that 523(a)(6) prevented the discharge of the debt because such debt resulted from the willful and malicious injury.

The court found that Walker’s failure to secure insurance was a willful act in “that it was not the result of an accident or inadvertence, but was founded upon a putatively mistaken belief.”  The court concluded that “in order for the act to be willful under 523(a)(6), the debtor must have intended more than merely the act that results in injury.”  The plain language of 523(a)(6) “excepts from discharge debts arising from willful and malicious injury rather than willful and malicious acts which cause an injury.”  Furthermore, 523(a)(6) does not except discharge intentional acts which cause injury; it requires an intentional or deliberate injury.

Mere recklessness is not sufficient to establish intent.  The court stated, “An act is the reckless disregard of the rights of others is insufficient to constitute willful and malicious conduct for purposes of 11 USC 523(a)(6).”

Another 11th Circuit decision was the matter of Monson v Galaz.  Monson and Galaz met in federal prison in 2003, and after their release decided to partner in opening an internet café in Hillsborough County, in Florida.  According to their agreement, Galaz, through his company Segundo Suenos LLC, would loan $130,000 to Monson for the funding, creation, and management of an internet café.  The agreement further provided that in the event that the café was not profitable or the parties agreed to terminate the business, all material assets would be liquidated and first used to pay back any unrecouped portion of the loan.  Finally, the agreement provided that neither party would open any additional cafes without the consent of the opposite party.

In 2008, law enforcement raided the café and seized almost all of its assets, based upon the allegation that the café was engaged in an illegal online gambling operation.  While the equipment was still in the possession of the law enforcement authorities, Segundo sent notice to Monson that it wished to terminate the agreement and sought the liquidation of the assets of the café in order to at least partially, satisfy the loan.

In reference to only the court’s interpretation of bankruptcy code section 523(a)(6), the court held that while the chapter 7 debtor is usually entitled to discharge of all debts that arose before the filing of the bankruptcy, this fresh start policy is only available to an honest but unfortunate debtor.  The court held that the debtor commits a willful injury when he commits an intentional act the purpose of which is to cause injury or which is substantially certain to cause injury.  523(a)(6) requires the actor to intend the injury and not just the act that leads to the injury.  Malicious means wrongful and without just cause or excessive even in the absence of personal hatred, spite or ill-will.”  Constructive or implied malice can be found if the nature of the act itself implies a sufficient degree of malice.

Other issues are relevant to this article, including the application of local or common law versus federal law, in determining the meaning of 523(a)(6).  Such issues are important but are better left the subject of another discussion.  One can easily write a short book on that subject alone.  The purpose of this article is to present the differing interpretations of 523(a)(6), as determined by the US Supreme Court and the more prominent Circuit Court decisions.