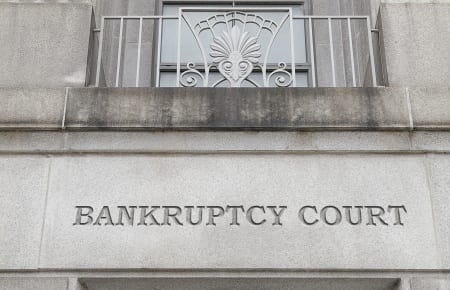 Most debts are eligible for Discharge under the Bankruptcy Code.  However, Bankruptcy Code Section 523 lists certain debts that are not discharged in Bankruptcy.  Such debts, if unpaid will remain in existence after the completion and Discharge of a Chapter 7 Bankruptcy.  These exceptions to Discharge are to be interpreted narrowly and the creditor carries the burden to prove every element of an exception to Discharge by a preponderance of the evidence.

When the Bankruptcy Code was enacted, Section 523 contained a limited number of exceptions to Discharge, primarily addressing various forms of wrongdoing, such as intentional torts, fraud, and defalcation.  Section 523 has been expanded beyond matters of moral turpitude to include other exceptions which are determined to be not dischargeable based upon the inherent nature of the obligation.  These exceptions include domestic support obligations, such as child support or alimony.  Other exceptions are most student loans, tax obligations.  Congress has determined that the societal interest in preventing the Discharge of such debts is greater than the debtor’s interest in obtaining a fresh start through bankruptcy proceedings.

Such an approach is clearly punitive against the debtor and may reasonably lead one to conclude that virtually any credit card usage could be determined to be nondischargeable in a Chapter 7 Bankruptcy.  Other courts have found that a “customer’s use of a credit card constituted an express or implied representation of an intent to pay”.  Another court found that the use a credit card is not a representation or a misrepresentation because such use is not statement that can be found to be true or false.

Neither approach is satisfactory for creating a fair determination of intent.  The first interpretation appears to make any use of a credit card, that is later unpaid, to be a form of misrepresentation.  The second approach would seem to make any use of a credit card, without an express expression of an intent not to repay such debt at its incurrence, to be an expression of misrepresentation.  It is the duty of the bankruptcy practitioner to be cognizant of how such interpretation is made within the Circuit or District within which he or she practices.

Determining the debtor’s intent to deceive in the use of the credit card is an important element in proving misrepresentation, fraud, or false representation.  In the Supreme Court case of Fields v Mans, the Court held that Congress could have prevented Discharge on the basis of unintentional misrepresentations, but it would “take a very clear provision to convince anyone of anything so odd”.

In most cases it is very difficult for a court to determine the subjective intent of the debtor.   Likewise, explicit intent is also very seldom present.  Most debtors will not state that they intended to use the credit card with no intention to repay such debt.  Therefore, most courts will use objective criteria in making a determination that the debtor acted deceptively.

The courts also differ on the application of these factors.  Some courts require that all of the factors be present for a finding of the objective intent of the debtor to have committed misrepresentation of fraud in the use of the credit card or credit cards.  Other courts only require a finding of one or two of the factors.

Thus, the divergence of interpretation by the various lower courts continues.  While some courts do not require any proof of reliance, others view reliance as a necessary element of fraud, which must be proven by a preponderance of the evidence.  Such courts will require the creditor to prove that it did not provide or extend credit, absent any determination of the credit worthiness of the debtor or customer.

In a live check situation, the credit card company sends an unsolicited check to a potential customer.  By signing or endorsing the check, the consumer is subjected to the terms contained in the credit agreement, such terms usually being of extremely small print, and oftentimes confusing or difficult to discern or understand.

Because of the differing interpretations by the various courts and the lack of a clear standard in determining when credit cards are to be deemed dischargeable in Bankruptcy, a number of difficulties arise.  It appears that a growing number of creditors are bringing or threatening to bring, Adversary Proceedings in Bankruptcy, to determine the dischargeability of credit card debts.

For a debtor with limited financial resources, the prospect of providing compensation to a bankruptcy attorney to represent him or her in an Adversary Proceeding can be daunting.  Competent and diligent representation by a bankruptcy attorney in such litigation can be expensive.  A fair determination of the attorney fees to properly represent such a client can be estimated to cost between $2,000 to $5,000.

Oftentimes, the bankruptcy attorney is motivated to settle the Adversary with the creditor to avoid such an expense.  Often, the debtor does not have the financial means to wage such a defense, even when the action brought by the creditor is wholly without merit.  The creditors realize this dynamic and are increasingly bringing such actions, with the knowledge that the debtors are essentially defenseless.

The Bankruptcy Code does provide a fee shifting provision to assist debtors who are assailed by unjustified or unsubstantiated claims by such creditors.  However, the many differing interpretations of Section 523, and the vague criteria for determining dischargeability make it very difficult for the debtor to prove that the Adversary Proceeding brought by the creditor has no justification.  Therefore, the debtor has no assurance that he or she will be reimbursed for the attorney fees necessary to defend such an action, even if such action is completely without merit.

Jay Weller has primarily practiced Bankruptcy Law in the State of Florida, since 1993.  Mr. Weller has represented many thousands of clients in Bankruptcy Proceedings, including Chapter 7 Bankruptcy and Chapter 13 Bankruptcy.  Weller Legal Group is the last remaining law firm in the Tampa Bay area, providing not only representation in Bankruptcy, but also representation in the many programs that are alternatives to Bankruptcy.  Weller Legal is also the sole remaining law firm in the Tampa area with multiple offices to assist those seeking such representation.  With offices in Clearwater, Port Richey, Brandon, and Lakeland, Weller Legal is available to help the many members of our community seeking relief from debt.