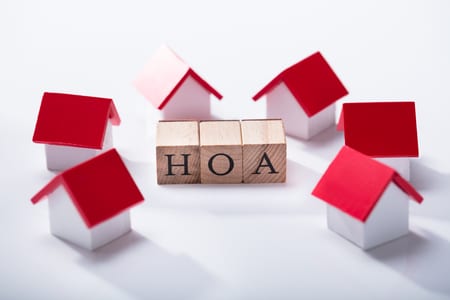 Homeowners’ Associations are a fact in Florida, from the Deed-Restricted Communities to the Condominium Associations and Co-ops, many Floridians pay Monthly, Quarterly or Yearly Assessments to enjoy the benefits of architectural uniformity, common grounds maintenance and security. Adhering to community standards in turn helps maintain the appeal of the development, thereby increasing property values, and leading to happy homeowners. But sometimes, homeowners fall behind in their dues. This is a brief overview of how these back fees and assessments are treated in Bankruptcy.

What is a Home Owners’ Association?

A homeowners’ association, (HOA), is defined by Black’s Law as:1. An association of people who own homes in a given area and have united to improve or maintain the area’s quality. 2. An association formed by a land developer or homebuilder to manage and maintain property in which the builder and developer own an undisputed common interest. 3. Homeowners’ associations – which are regulated by statutes in many states- are commonly formed by restrictive covenant or a declaration of restrictions.
Florida Statutes provides that “Homeowners’ association” or “association” means a Florida corporation responsible for the operation of a community or a mobile home subdivision in which the voting membership is made up of parcel owners or their agents, or a combination thereof, and in which membership is a mandatory condition of parcel ownership, and which is authorized to impose assessments that, if unpaid, may become a lien on the parcel. The term “homeowners’ association” does not include a community development district or other similar special taxing district created pursuant to statute.

Typically, an HOA will be governed by a Board of Directors consisting of homeowners in the development. They will then have committees that carryout specific functions, such as architectural review for any improvements that homeowners wish to make to their property. They also govern the compliance of the homeowners to the Deed Restrictions and Covenants, to maintain the overall appearance of the community, and ultimately to enhance property values throughout the community. The Board will convene an annual meeting of the homeowners, at which time an annual budget is presented for the next year, and dues are assessed. The HOA will collect Dues on a monthly, quarterly, or annual basis.
As noted above, failure to pay the dues and other assessments can lead to the HOA placing a lien on the property, and the HOA can foreclose to collect monies owed, as well as interest at a rate provided in the covenants, administrative fees,(if authorized by the covenants), fees incurred in preparing the notice, (i.e. certified mail expense), and reasonable attorney’s fees. The homeowner, then has 45 days to pay the amounts owed.

HOAs have been around since the 19th century, and, as the HOATown notes, several factors influenced their growth in the 1970’s including a push to large scale residential development by the FHA and the Urban League, an increasing cultural preference for architectural uniformity, a shortage of land which required higher density construction, and FHA authorizing federal home mortgage insurance on units in condominiums and subdivisions, where there was a qualifying homeowners’ associations. HOATown notes that approximately 62 Million Americans live in association-governed communities, and the total value of all the homes in all community associations tops 2 Trillion dollars, over 15% of the total U.S Real Estate value.

How are Back Association Dues and Fees Treated in Bankruptcy Proceedings

Homeowners that are having trouble meeting their financial obligations and have more debt than they can handle, often have trouble paying their mortgage and HOA fees as well. As justice Alltenbernd explains in Bonafide Properties v. Wells Fargo,“the owners of these properties tend to stop paying their homeowners’ association about the same time they stop paying the bank. They often either abandon the property or fail to maintain it.” Both scenarios are troubling to HOAs. They require the assessments to meet their budgets, and the appearance of the abandoned houses drags down the appeal of the development. Too many foreclosed houses could lead the development to fail.

Bankruptcy, codified in title 11 of the United States Code, offers an alternative to debtors that have fallen behind in their debts, needing a fresh start. Bankruptcy provides for the discharge of certain debts, as well as an automatic stay to the collection and proceedings associated with those debts at the time the petition is filed. As stated in Alexdre v. Scribner Village Home Owners’ Association, “the filing of a bankruptcy petition automatically stays commencement or continuation of an action against the debtor’s property. Accordingly, it is error for a court to enforce a judgement of foreclosure on property owned by the debtor when the automatic stay is so in place.”

Because of this automatic stay, Bankruptcy is an alternative to homeowners that are facing foreclosure actions by their HOA and wish to remain in their dwelling.

How are Back Association Fees and Dues characterized in Bankruptcy?

The two options that individual debtors generally chose in Bankruptcy are Chapter 7, which is a liquidation of the Estate to pay the Creditors, or Chapter 13, which features a plan to adjust and pay debts over a set period, typically 36 or 60 months. Claims are classified as either dischargeable, or non-dischargeable. Non-Dischargeable Claims include taxes, student loan debt, credit obtained by fraud, and injury or death caused by the debtor’s intoxication. Unsecured claims and the unsecured portion of secured Claims are generally dischargeable.
Bankruptcy characterizes Claims against the Estate as either secured, or unsecured. Secured Claims are those in which a Claim is secured by a lien on property which the Estate has an interest, such as a house, or an automobile. Claims can be both secured to the extent of the collateral’s value, and unsecured to the remaining amount. Additionally, if the value of the property exceeds the value of the Claim, the holder of the Claim is entitled to interest on the Claim and reasonable fees, costs or charges associated provided for by the agreement or statute.
Because delinquent HOA fees are attached to the debtor’s property by lien, they have secured status. The Claims are handled differently in the two types of Bankruptcies.

In a Chapter 7 Bankruptcy, the HOA fees have secured status, as they are attached to the debtor’s home. The lien will be subordinate to the primary mortgage holder and could lose its secured status if the market value of the home is significantly below the amount of the Primary lien holder’s Claim. Then, the Claim will be paid with the other unsecured Claims. The debtor in Chapter 7 will have the Mortgage and Note discharged, as well as the HOA fees.
The HOA could file a second foreclosure to sell the home, which is encumbered by the Primary Mortgage, so it would probably result in a nominal amount. A buyer that purchases the home in this scenario could then rent it to tenants.They would be collecting taxes and HOA assessments and maintaining the property during the pendency of the Primary foreclosure. The HOA would benefit in this scenario, as the development would maintain its appeal, and fees would be collected.

In a Chapter 13 Reorganization, the debtor would have the opportunity to pay the back assessments that accrued before the petition as a part of their plan. In a Chapter 13 Bankruptcy, the debtor’s disposable income goes to the payment of Claims over a period of 36 or 60 months. The HOA could still be stripped of its lien and lose its secured status if the market value of the house is below the amount of the Primary Lienholder’s Claim. In a Chapter 13 Bankruptcy, the debtor can negotiate down the amount that they pay each Claim as a part of their plan, if they treat each class of Claims equally.
Additionally, if they feel that the HOA’s costs and attorney fees are excessive, they can file an Objection to Claim giving their reasons that they feel the Claim is excessive. The Bankruptcy Court will look at the reasonableness of the fees, if they have not already been determined reasonable by a court in another proceeding.
Because of the automatic stay, the debtor can remain in their home throughout the course of the Bankruptcy. Additionally, they can reduce what they owe on the secured portion of their house to market value, giving them additional time to get a modification of their Mortgage.

The homeowner that intends to keep their homestead will be responsible for paying any HOA assessments that arise post-petition. Bankruptcy protection will only extend to those fees that were delinquent at the time of the filing. A debtor in Chapter 7 that intends to reaffirm the Mortgage, and keep the house, would want to continue paying their fees during the Bankruptcy, as would a debtor in Chapter 13, to stave off the HOA foreclosure.

Because Bankruptcy provides an automatic stay to any attempts to collect or proceed against Claims at the time the petition is filed, and provides a discharge of certain debts, it is an effective way to give a fresh start to debtors who have fallen behind in their consumer debt, mortgage payments and HOA dues.