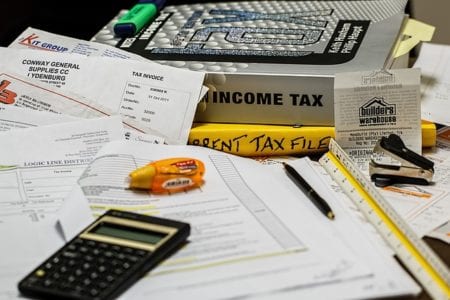 WHEN TAXES MAY BE DISCHARGED IN BANKRUPTCY

If the debtor, received an extension of time to file the tax return, the period of the extension is added to the three (3) year requirement;

For example, if the debtor requests an offer in compromise and the IRS rejects such offer four months later, the debtor must wait 240 days, and an additional four (4) months and 30 days, in order to obtain a discharge of such debt in a bankruptcy;

Simple negligence, which may be treated as a misdemeanor, does not automatically disqualify a filer. Tax fraud occurs when a tax filer does any of the following: Intentionally fails to file a

Income tax return; Willfully fails to pay taxes due; Intentionally fails to report all income received; Makes fraudulent or false claims; or prepares and files a false return. Under

11 USC 1129(d), the governmental unit has the burden of proving that the principal purpose of the plan is tax avoidance. Most courts apply a “totality of the circumstances” approach, meaning the bankruptcy court must evaluate each case on a case by case basis, examining all relevant factors.”

TAXES NOT DISCHARGED IN BANKRUPTCY

Certain federal taxes are not eligible for discharge in bankruptcy. These taxes may not be discharged in bankruptcy, irrespective of any criteria, such as the age of the tax, or date of assessment. For example, trust fund taxes are not subject to discharge in bankruptcy. Trust fund taxes are taxes that are withheld from an employees paycheck for social security and medicare. The amount withheld represents both the employee’s portion of social security and medicare taxes, and the employer’s share.

Excise taxes, such as sales tax, estate and gift taxes, and fuel taxes are not subject to discharge in bankruptcy.

A lien is a security interest or claim against the property or assets of a debtor. A mortgage is a lien against a home or real property. A federal tax lien secures an obligation to the IRS, as a mortgage secures an interest against a home.

A federal tax lien attaches to “all property and rights to property, whether real or personal, belonging to the taxpayer (26 USCA 6321). This provision is broadly defined to include “every species of right or interest protected by the law and having an exchangeable value.” The IRS is able to levy on all funds in a joint bank account, despite the fact a private creditor under State law may not, because the debtor has an unqualified right to withdraw such funds.” The tax lien also extends to IRAs, pension plans, disability income and beneficiary interests in a spendthrift trust, even though such assets are generally protected from levy by a private creditor.

Federal tax liens are imposed by action of the IRS. The IRS first files a notice in order to implement the tax lien. The notice must be filed in the county where the property is located or where the debtor resides. Subsequent to the filing of the notice, the IRS possesses a tax lien against all property owned by the debtor, including both personal and real property (real estate). The tax lien is imposed against all property owned by the debtor, prior to and subsequent to the imposition of the tax lien.

Under 26 USC 6321, “If any person liable to pay any tax neglects or refuses to pay the same after demand, the amount (including any interest, additional amount, amount additional to tax, or assessable penalty, together with any costs that may accrue in addition, shall be a lien in favor of the United States upon all property and rights to property, whether real or personal, belonging to such person.” This may include, but is not limited to bank accounts, pensions, liquor licenses, homestead property, or even wages and salaries.

If the debtor is an individual, the tax lien must be recorded in the county in which the debtor resides. If the tax lien is recorded in the county in which the taxpayer resides and the taxpayer moves to another county, the federal tax lien will still remain effective and enforceable, despite the difficulty presented to creditors who may seek to discover the existence of such lien.

Federal tax liens are effective for ten (10) years after the imposition of the lien. After ten years the tax lien is no longer effective against the debtor.

If the taxpayer is a corporation, the federal tax lien is perfected through recordation with the Secretary of State, usually in the manner of a UCC-1 filing. The tax lien must be filed in the State where the principal executive office of the business is located.”

The Statute addressing federal tax liens contains two provisions which defer the effect of the tax lien on other creditors for the first 45 days after its recordation. First is a provision that protects transactions when the tax lien is filed, and which are funded and close within the 45 day period, and second, a provision which protects the priority of existing floating liens for the first 45 days following the recordation of the tax lien.

If the tax is not eligible for discharge in bankruptcy, such as certain employment taxes or priority tax debt, such as recent income taxes, the lien also applies or attaches to property the debtor acquires after the commencement of the bankruptcy.

According to IRS Statutes, some personal property is exempt, meaning the IRS is prohibited from levy on such property.

A federal tax lien only operates against the real property or real estate located in the county or counties where the IRS files the tax lien.

If the debtor owns real property or real estate, the IRS may place a tax lien upon such property. If the tax debt is otherwise dischargeable in bankruptcy (meaning it meets the five criteria listed above) the debtor may receive a discharge of his or her personal liability. However, the tax lien against the real property will survive the bankruptcy.

In United States v Craft, the United States Supreme Court held “exempt status under state law does not bind the federal collector.” Even if a person’s residence is designated as homestead property, or if the residence was held in tenancy by the entirety, the IRS may still attach a lien upon such property.

Likewise, the state exemptions or bankruptcy exemptions do not apply to personal property or other assets that are protected from seizure by either a creditor outside of bankruptcy or a bankruptcy trustee within a bankruptcy.

CLASSIFICATION OF TAX DEBTS IN BANKRUPTCY

The reader may surmise that tax debt is treated differently in bankruptcy, based upon how such debt is classified. Tax debt may be determined to either (1) secured, (2) unsecured priority, or (3) unsecured and dischargeable.

Most cities or counties in the United States will levy a tax on its inhabitants’ real property, based upon the value of such property. Such tax on real property is a lien that attaches to the property.

In most jurisdictions, the city or county tax lien is placed in first position, and has priority over even the first mortgage on the property.

If the debtor files Chapter 7 bankruptcy, and surrenders his home, the taxes will continue to be assessed against the debtor as long as he is the legal owner of the property. The debtor remains the legal owner of the property until the property is conveyed to a new owner through foreclosure, purchase, deed in lieu, or quit claim deed. It is generally not necessary for such debtor to pay the tax or tax lien because the tax is a lien on the property and not the individual, and is paid when the home is conveyed to the new owner.

Bankruptcy Code Section 1325(a)(5) provides that secured claims are to be paid the value of the claim over the life of the plan at a rate of interest that is equal to a market rate plus a risk factor, Tax claim under Bankruptcy Code Section 507(a)(8) are to be paid in full over the term of the Chapter 13 plan without interest, unless the creditor agrees to alternative treatment. Tax claims to which there is no security to secure the claim, or are not priority claims, are treated as unsecured non-priority or general claims. These claims share pro-rata in distribution with all other unsecured claims, paid generally on the basis of the debtor’s disposable income.

The tax lien qualifies as a secured claim only to the extent of the value of the assets or property to which it attaches, If the lien does not attach to any value, meaning the debtor does not have any assets possessing equity for the lien to attach to, the debtor may use the Chapter 13 bankruptcy eliminate the tax lien and otherwise use the Chapter 13 to pay his taxes according to the respective classification of his tax debts, as either priority and non-dischargeable tax debt, or non-priority and dischargeable tax debt.

The automatic stay in bankruptcy prevents the imposition of a tax lien after the filing and pendency of the bankruptcy. However, the IRS may impose a tax lien if it filed notice of the lien before the filing of the debtor’s bankruptcy.

Claims for penalties, even if secured, are subordinated to all other claims in a Chapter 7

7 case from the highest priority to the lowest priority, payable only after the general unsecured creditors are paid in full, through the operation of Bankruptcy Code Section 726(a)(4).

If the debtors tax debt is otherwise eligible for discharge in the Chapter 7 bankruptcy, absent the tax lien, the remaining tax debt subsequent to Discharge, is limited by the value of the assets subject to the tax lien.

The debtor may also elect to do nothing. The property attached to the tax lien may have nominal value. It may not be in the best interest of the IRS to seize the debtor’s broken down car or old sofa. Furthermore, such assets are continually depreciating, creating additional disincentives for the IRS to seek seizure.

Jay Weller is a bankruptcy attorney in the Tampa Bay area. Mr. Weller practice is concentrated in the representation of debtors in Chapter 7 bankruptcy and Chapter 13 bankruptcy. Weller Legal Group PA has offices in Clearwater, Port Richey, and Lakeland, Florida. If you are a debtor in need of representation in bankruptcy proceedings, or an attorney wishing to solicit legal advice and counsel, please contact our office, through our website, or via our toll free number at 1-800-407-3328 (DEBT).