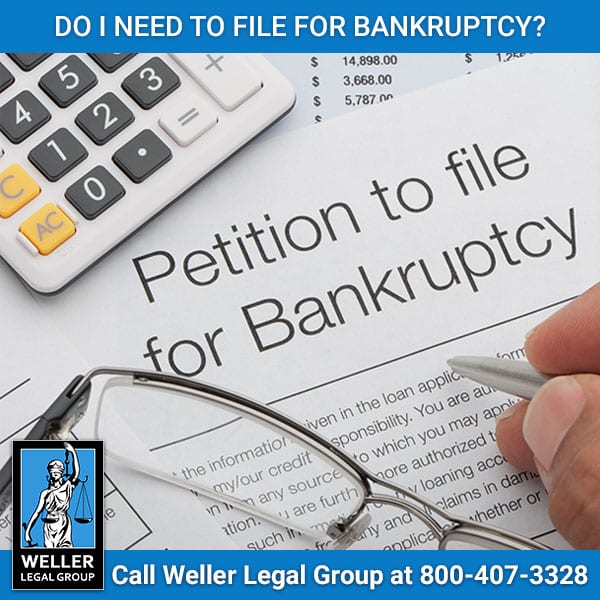 It has been said that for most people “…bankruptcy is a scary proposition…”.

Depending upon the type of bankruptcy case, a person’s asset vs. debt ratio, and myriad other factors, it could be added, “…and rightfully so”.

Even the word “bankruptcy” has an ominous ring to it – and – the concept of “going bankrupt” has been a shaming one for most people over the course of history.

Yet, bankruptcy remains the “law of the land” for individuals and corporations alike.

The list of famous people and iconic companies that have “gone bankrupt” is long and storied. The current U.S. President – Donald J. Trump – has declared bankruptcy on at least four occasions during the course of his business career. Movie stars and professionals in the sports world have also declared bankruptcy. Small business owners and people who work for wages are also among those who have taken the road to bankruptcy

On the corporate side, such iconic businesses as Toys ‘R Us, Sears, ENRON, and others have availed themselves of bankruptcy protection in the past years and decades. The list of “bankrupts” is a long one for sure.

So that brings us to an individual – “Mr. Joe American” – the average working stiff who let his debts grow larger than his assets. “Mr. Joe” is “underwater” financially and in a “sink-or-swim” situation at the end of every month.

What about him? Are there scenarios where, when he asks himself the question, “Do I need to file for bankruptcy?”, the obvious answer could be a resounding “yes”?

This article will briefly explore that central question as it applies to working people who are not of the wealthy class, who do not own piles of stock in major corporations, and who work for wages as they try to get by from week-to-week, paycheck-to-paycheck.

There are several questions that should be asked in conjunction with our primary question at hand – those include:

The above-list is not all-inclusive or a definitive answer to the question posed. To be sure, there are other questions that may be posed and wider considerations to consider. However, authorities in this area of the law generally agree that if you were to answer “yes” to two or more of the above-stated questions then the answer to the question, “Do I need to file for bankruptcy?” is more likely than not “yes”.

Total Debt Uncertainty: People who do not know how much they owe in debt – secured debt, credit card debt, or long-term debt – are playing with “financial fire”. Those in this category are far more likely to “spend wildly” on luxuries and non-essential items. They are more likely than their more frugal counterparts to overspend and live beyond their actual means.

On the other hand, those with sound financial sense are aware of their debts and limits; they tend to plan more carefully in line with their overall financial status. Such “thrifters” are more likely to plan for major purchases, spread their debt in a reasonable manner, and know to a great degree of certainty what their debt situation and financial status are at any given point.

Chronic spenders are more likely to have numerous credit cards (many “maxed out” or nearing the card’s spending ceiling). These types do not care what the APR may be on their credit cards and they can be oblivious to how interest compounds over a short period of time to their financial disadvantage.

Debt-induced Stress: For many people, the mere thought of trying to get a handle on their financial situation causes stress – personal stress for a head-of-household, as well as familial stress that can tear families apart.

According to an August, 2018, article by The Aspen Institute, “…suicide is not a common response to unmanageable debt…” – but – “…it remains a leading cause of death in the United States.” The article goes on to discuss debt and rising suicide rates worldwide, noting:

The potential of suicide increases among financially stressed

Uncertainty (as to debt loads, ability to pay, etc.) may lead to stress induced by a person’s debt situation and that does not, in and of itself, lead to suicide or increased rates of suicide for the financially stressed. It may, however, lead to other stress-induced situations like domestic violence, a person resorting to illegal means to “cover” debts, or similar negative consequences. Those kinds of situations will inevitably lead to further stress and further negative consequences that will only compound over time – and – for the financially irresponsible, greater, and deeper debt as well no doubt.

“Rent’s due – whip out the credit card!”: Individuals who are uncertain about their total debt, and who stress over mounting bills, are the architype for those who put everyday necessities like rent, groceries, a loan payment, etc. on “plastic”.

There are significant rewards for the “use the credit card for all purchases” approach to spending. The caveat to that, however, is this – that approach takes rock-solid discipline and the development of a rock-solid plan.

According to the website creditcards.com “Some savvy consumers use their credit cards for everything from a new fridge to a pack of gum, and pay the bill in full each month and reap big rewards (“redeemable ‘rewards’ points”) … However, without the proper controls in place, you could find yourself loaded down with more debt than rewards points.”

It should be noted here that “chasing rewards points” is probably not the best move for those who are financial neophytes and those who stress to the point where they are on the verge of filing for bankruptcy to get a “fresh start” or to relieve their financial stress.

The article referenced above goes on to state:

It’s probably a bad idea to start putting all expenses on credit if:

The article concludes with this “bottom line” caution: “Putting everything on a card can be rewarding but it works well only if you are disciplined about credit card use.” (emphasis added).

Note to debtors considering bankruptcy: This tactic is probably NOT for you!

Chronically paying “minimum due” amounts: In a word: disastrous (for most people)!

A recent study done by CNBC.com pointed out the pitfall of “only paying the minimum due” on credit card debt (the most common type of debt for those on the verge of filing bankruptcy). In the posting, a revolving credit card debt of $6,081.00 was assumed, as was an interest rate of 14.99 percent and minimum payment requirements of between $20 – $25.

Here’s the pitfall “by the numbers” if only monthly minimums were paid every month on the initial debt of $6,081.00:

A savvy credit card consumer would pay off all outstanding credit card debt on a monthly basis and thereby avoid paying ZERO in interest. “Mr. Joe American”, and others who are on the verge of bankruptcy, on the other hand, casually and unwittingly make this type of mistake and pay exorbitant interest rates month after month after month for the “privilege” of using a credit card.

Debt Collection Calls: The deeper in debt a person is – along with the amount of debt, the months in arrears, and other factors – are all directly related to the number and frequency of collection calls that a recalcitrant debtor can expect.

Have no doubt about it… collection calls (“harassment” to most) can be one of the main drivers to take a person into bankruptcy! Before filing for bankruptcy, nothing can seem to work to stop the calls or lessen their frequency (not even being on the “do not call” list).

Once a bankruptcy petition is filed, however, an automatic stay is put in place in the bankruptcy proceeding and all collection efforts (including collection calls) are brought to a halt. This one factor is often cited as a primary reason that people file for bankruptcy.

Debt Consolidation & Credit Repair – the “last stand”: Going through the underlying questions after asking, “Do I need to file for bankruptcy?”, this one is probably the harbinger of how close one is to stepping into the bankruptcy process.

Why? Probably because of the mounting pressure from all of the other sub-questions we’ve considered above. To get to “credit repair” or “debt consolidation”, one needs to be pretty near to the end of his or her “rope”. When desperation sets in, all manner of “outs” and “fixes” will be considered. This is especially true with financial matters that are filled with uncertainty, stress, and feelings of hopelessness.

Credit Repair and Debt Consolidation are not usually free of cost. People in deep debt and severe financial straits should know this going in. The cost of filing for bankruptcy is comparatively modest – $400 – $500 (excluding attorney’s fees). With a Chapter 7 bankruptcy filing, debts are “liquidated”, and the debtor is given a “fresh start” financially. With a Chapter 13 bankruptcy, a 3 – 5-year payment plan is put in place and, at the end of the period, remaining debts are also liquidated.

There is no outright “liquidation” with a debt consolidation. Credit Repair services, likewise, come with a cost and usually result in the debtor paying a percentage of overall outstanding debt according to a negotiated plan or settlement. It’s no wonder that “credit repair” and “debt consolidation” schemes are so heavily advertised on TV and in other media – it’s a for-profit enterprise (mostly) and their target audience is people in financial stress and asking themselves the question, “do I need to file for bankruptcy?”.

The answers to those questions are never easy, nor should they be.

Filing for bankruptcy has some fairly severe consequences – the most severe being that a person’s poor credit standing is usually worsened as they emerge from bankruptcy. That condition – poor credit, inability to qualify for a loan, buy a car, or rent an apartment, etc. – can last for a period of some seven to ten years post-bankruptcy. The “fresh start” that is often cited as a “benefit” of bankruptcy can be slow in taking off, causing additional financial pressure and stress on the bankrupt person or entity.

The six threshold questions posed at the beginning of this article are merely a starting point. Anyone in financial stress and straits should do a considerable amount of “homework” before deciding as to whether or not bankruptcy is their ultimate alternative.

Bankruptcy attorneys are professionals that can guide a debtor through the process of bankruptcy – from pre-bankruptcy counseling to filing paperwork and on to liquidation (Chapter 7) or repayment plan (Chapter 13). Attorneys fees vary but are not nearly as high and onerous as fees charged by other attorneys. As noted earlier, a bankruptcy costs relatively little in the way of court fees and costs, and the money will be well-spent after the conclusion of the bankruptcy case (the savings of not having to pay month charges after liquidation can be significant).

Debt consolidation companies and credit repair enterprises may offer some solace and relief for those on the verge of bankruptcy. Remember the caution about those – they are usually for-profit, they do not result in “liquidation” of debts, and their effects may be temporary in nature and not the total relief that a debtor may be seeking.