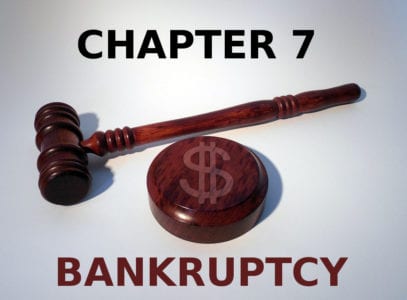 STATEMENT OF INTENTIONS IN BANKRUPTCY

In a Chapter 7 bankruptcy, the Statement of Intentions must include all of the debtor’s secured debts, the creditor which holds such debt, and which option the debtor chooses in the treatment of the secured debt.

Bankruptcy Code Section 362(h) [11 USC 362(h)] states that the debtor must act pursuant to his stated intention within 30 days of the meeting of creditor (341 hearing). Bankruptcy Code Section 521(a)(6) [11 USC 521(a)(6)] maintains that the debtor must either reaffirm or redeem the debt described in the Statement of Intention within 45 days after the first scheduled meeting of creditors.

For example, the debtor who does not comply with a creditor request (within 30-45 days after the first scheduled 341 hearing) for the repossession of an automobile, which the debtor declared his intention to surrender in the Statement of Intention, will find that the automatic stay will no longer be effect, as it pertains to the automobile.

In the surrender of real property, the bankruptcy code is less clear was to the treatment of the debtor for non-compliance with the stated option on the Statement of Intentions. In the matter of personal property, the automatic stay can be eliminated for such non-compliance. However, there can be clear penalties for a debtor who elects to surrender real property in the bankruptcy, and thereafter, actively defends against a foreclosure action brought by the lender. This issue is more elaborately discussed in the latter portion of this article.

In such an instance, the debtor may need to file an amended Statement of Intentions, and have other obligations. Furthermore, in the State of Florida, the State Exemptions for personal property are much more generous if the debtor elects to surrender his homestead in the bankruptcy. If the debtor subsequently elects to retain the homestead, such reversal of intention may have an effect on the exemptions claimed, and other elements relating to the bankruptcy.

OPTIONS REGARDING SECURED DEBTS IN BANKRUPTCY

SURRENDER OF PROPERTY IN BANKRUPTCY

A debtor typically will elect the surrender of the collateral when the value of the collateral is significantly less than the balance owed on the attendant secured loan. This is referred to as being “underwater.” The debtor may also reasons for surrender, such as loans subject to unreasonable interest rates, or burdensome monthly payments or terms.

Automobiles are the most common subjects of redemption in bankruptcy. For example, a debtor owns an automobile valued at $6500.00. The creditor is owed $12,000.00 pursuant to the automobile loan. The debtor files Chapter 7 bankruptcy and expresses in the Statement of Intentions, his desire to redeem the collateral. Debtor files a motion to redeem for $6,500.

Reaffirmation agreements are more commonly entered pursuant to an automobile loan. The debtor or debtor’s attorney may attempt to negotiate more favorable terms under the reaffirmation agreement than the prior terms or conditions that existed before the bankruptcy filing. The debtor may seek a lower interest rate, lower monthly payments, and even a reduction in the principal balance.

The creditor may agree to such terms for a number of reasons. It may be beneficial for the creditor to accept such terms, as a refusal may prompt the debtor to surrender the property. The creditor will likely benefit more from renegotiated terms, as opposed to repossessing the property, and selling such property at auction.

The debtor may avoid the lien on the property. There are two prominent methods for the avoidance of liens in bankruptcy. If the creditor has a non-purchase money security interest in the debtor’s personal property, such lien may be avoided in either a Chapter 7 or Chapter 13 bankruptcy.

In the instance of non purchase money security interests, the debtor in bankruptcy may only avoid liens on property for which there exists an exemption relating to such property. The pledged property must be exempt, which generally includes such property as household goods and furnishings, or health aids, or whatever other assets may be claimed exempt pursuant to the available exemptions applicable to the debtor.

In some cases the federal exemptions apply to the debtor, or state exemptions, or a combination thereof. The applicable exemptions are governed by a number of factors, including how long the debtor has resided in the state or jurisdiction in which he files bankruptcy.

Tax liens are generally not avoidable. However, tax liens usually expire after 10 years. After their expiration, tax liens may be avoided. Tax liens are also subject to avoidance if the Internal Revenue Service made any of a number of procedural mistakes in filing the lien. Such events that may lead to the avoidance of the tax lien include instances where the IRS did not record the lien, where the tax was an invalid assessment, where the lien was recorded against the wrong assets, where the lien was recorded in the county where the real estate is not located, or recorded the lien after the imposition of the automatic stay in the debtor’s bankruptcy.

INFORMAL REAFFIRMATION IN BANKRUPTCY OR THE RIDE-THROUGH

In such an instance, the debtor may reaffirm the debt informally. The debtor simply continues payments to the secured creditor, pursuant to the terms contracted before the bankruptcy filing.

In the instance of automobile loans, this is a common form of reaffirmation. In such an instance, the automatic stay may be no longer in effect as it applies to the subject property, pursuant to the bankruptcy rules discussed in the first section of this article. However, the elimination of the automatic stay has little practical importance if the creditor does not seek to repossess the property.

The commonly used description of this form of reaffirmation is called a “ride-through.” The question of whether a Chapter 7 debtor who has remained current on installment payments to a creditor may retain the collateral securing the consumer debt without either reaffirming or redeeming the collateral, was subject to varying court interpretations prior to the passage of the Bankruptcy Abuse Prevention and Consumer Protection Act of 2005 (BAPCPA).

If neither event occurs, the automatic stay of Bankruptcy Code Section 362(a) is terminated as it applies to the subject property. The creditor may then exercise remedies available outside of the Bankruptcy, including repossession of the collateral.

According to a Middle District of Florida bankruptcy court case (In re Espy), the creditor can seek the lifting of the automatic stay, through what is termed a comfort order, and pursue its remedies, including repossession, under applicable state law, if any of the following conditions are met: The time limit ran on the period in which the debtor was required to perform pursuant to his Statement of Intentions; the debtor did not amend his Statement of Intentions to reflect his true intentions regarding the collateral; or the bankruptcy trustee did not file a motion to determine that the property is of consequential value to the estate.

Judge Funk, the same judge who rendered the opinion in Espy, held in In re Record, that a creditor was entitled to a comfort order where the debtor’s Statement of Intention, in its address of an automobile loan, proposed an impermissible election of a “ride-through.” The court determined that the “ride-through” option was not an available option. The debtor must redeem, surrender or reaffirm the debt, pursuant to the Statement of Intention. If the debt is a non purchase money security interest, the debtor may also exercise a fourth option, which is the avoidance of the lien.

Another exception is provided when the debtor elects the reaffirmation of the debt in the Statement of Intentions, and the creditor refuses to agree to the reaffirmation under the contractual terms entered before the bankruptcy filing. In such instance, the automatic stay may not be terminated during the pendency of the bankruptcy. The creditor seeking repossession of the collateral must either seek redress in the bankruptcy court or wait until the case is either Discharged or otherwise terminated, to obtain repossession.

SURRENDER OF PROPERTY IN BANKRUPTCY PRECLUDES DEFENSE OF FORECLOSURE

The Eleventh Circuit delivered an opinion in In re Failla that Bankruptcy Code Section 521(a)(2) deems “surrender” in Bankruptcy means the “giving up of a right or claim” and that debtors who surrender their property in Bankruptcy must “drop their opposition to a foreclosure action.”

In Failla, the debtors filed a Chapter 7 bankruptcy. The debtors conceded that their home was collateral for a mortgage, the mortgage was valid, and the value of the home was less than the balance owed to the mortgagor.

The debtors stated in the Statement of Intention their intent to surrender the property in the Bankruptcy. However, when the lender undertook foreclosure against the debtors’ property, the debtors continued to defend the foreclosure.

Before the Failla opinion, there was varying opinions among the Bankruptcy Courts and Federal District Courts in Florida as to whether a debtor who offers the surrender of his property in Bankruptcy, may nevertheless act to oppose a foreclosure on such property.

In re Meltzer was an opinion delivered by Judge Williamson in the Bankruptcy Court in the Middle District of Florida, Tampa Division. The opinion by Williamson held that when a debtor surrenders real property, either in a Chapter 7 or Chapter 13 Bankruptcy, the debtor at a minimum must “relinquish secured property and make it available to the secured creditor.” If a debtor does not satisfy this minimum requirement, the secured creditor may seek to reopen the Bankruptcy. The debtor may suffer the revocation of discharge in the Bankruptcy.

In the Southern District in Florida, In re Elowitz, the Bankruptcy Court decided that the Chapter 7 debtors who filed a Statement of Intention indicating their decision to surrender property must discontinue the contesting of the foreclosure action and surrender the collateral to the appropriate lienholder.

The general consensus in the Eleventh Circuit is that a debtor who offers the surrender of property in either a Chapter 7 or Chapter 13 Bankruptcy must, at a minimum, refrain from actions to impede the surrender of such property. The Eleventh Circuit in In re Failla held that “Bankruptcy Courts have broad powers to remedy violations of the mandatory duties section 521(a)(2) imposes on the debtors.”

With offices in Clearwater, Port Richey and Lakeland, Florida Weller Legal Group has served the Tampa Bay region, in both bankruptcy matters, and through bankruptcy alternatives, including foreclosure defense, debt settlements, and credit repair.

Since 1993, Weller Legal Group has been the premier bankruptcy law firm in the State of Florida. If you are a debtor seeking representation and protection from your creditors, or an attorney seeking expert guidance in bankruptcy or debt related matters, please contact our office.