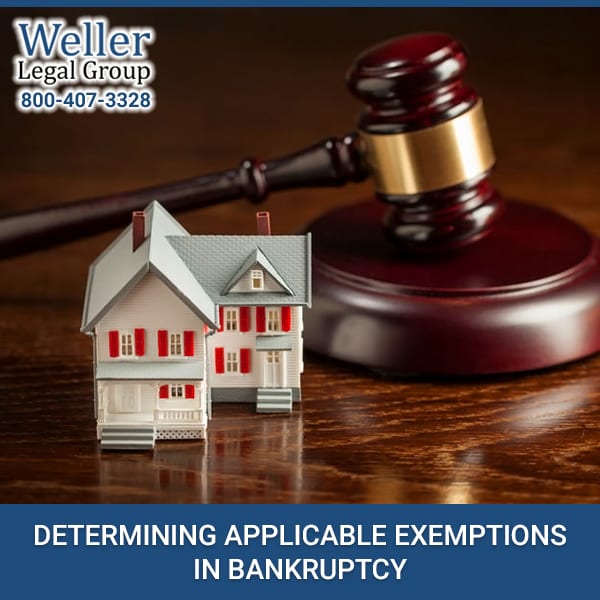 6. If the Debtor, in application of the old State’s Exemptions, is left without any usable Exemptions because the State Exemptions only apply to residents or property within the State, and the opt out option only applies to residents of the old State, then the Debtor may invoke what is referred to as the savings clause. The savings clause holds that “if the effect of the domiciliary requirement” under Bankruptcy Code Section 522(b)(3)(A) “is to render the debtor ineligible for any exemption”, then the Debtor may employ the Federal Exemptions.

Refer to Bankruptcy Code Section 522(b)(3)(C) which states, “If the effect of the domiciliary requirement under subparagraph (A) is to render the debtor ineligible for any exemption, the debtor may elect to exempt property that is specified under subsection (d).” Subsection d refers to the Federal Bankruptcy Exemptions.

The preceding article is the author’s opinion as to the proper application of the Bankruptcy Exemptions when one is apply the laws of the old State pursuant to the 730 day rule. Other practitioners, Bankruptcy Judges, and Trustees may have diverging opinions.