Going through a bankruptcy can be a stressful and time-consuming situation. We at The Weller Legal Group are here to help make the bankruptcy process easier and more efficient for you and your family. In this article we are going to talk about 10 celebrities who have filed for bankruptcy in their lifetimes. 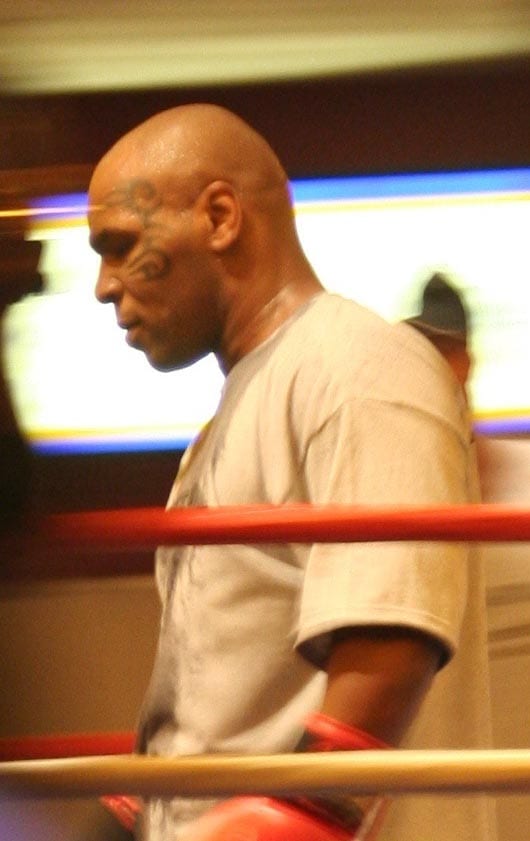 Starting off the list we have the former world heavyweight champion Mike “The Baddest Man on the Planet” Tyson. Over his fighting career he has had a total of 58 fights, 50 wins, and 44 of those wins were by knock out. Mike Tyson was once one of the most feared fighters on the planet. Over his fighting career some sources say that he made over $400 million within 20 years, which many would consider as being a relatively short amount of time to make that kind of money. That did not stop Mike Tyson from spending money frivolously on giant mansions, many cars, and even a pet tiger. This insane spending left Mike Tyson in debt with back taxes and a divorce settlement to add to his headaches. In 2003 his debt load was getting completely out of control and Tyson decided to file for bankruptcy that year. Today, supposedly he is doing a lot better financially and even told CNN that he is out of the hole. Hopefully he will continue to do well in the future and keep his debt under control. Tyson has movie appearances, his own show, and even book deals that will help him with generating income going into the future.

The next celebrity we are going to mention is the rapper 50 Cent. He has had many hit songs and albums throughout his lifetime. Some of his famous songs that you might know of is, “In Da Club” and “Candy Shop.” These are just a couple songs that he has made and has many more hits besides these two songs. He was also a victim of a shooting in year 2000 when he was shot outside of his grandmother’s home in Queens, New York. He has made over $100 million in his lifetime so far, but bad investments and a lawsuit seem to have made his life a lot more difficult. In 2016, he emerged from the Chapter 11 Bankruptcy process where he had agreed to repay back more than $23 million in debt over the course of the next 5 years. Hopefully this rapper will be able to get his finances under control in the years to come.

For those of you who don’t know about Marvin Gaye, he was one of the most successful Motown legends. Gaye has had many hit records and even some Grammy nominations. The start of his financial troubles is when he did not pay his alimony payments to his ex-wife. It was thought that the figure he owed to his ex-wife was around $600,000 in unpaid alimony payments. This ultimately led to the Motown legend having to file for bankruptcy in the year 1976. As part of his bankruptcy, he had to agree to pay his ex-wife all of his royalties for his next album, “Hear, My Dear.” Unfortunately, his troubles didn’t end there and he was tragically shot by his own father in 1984 which lead to his death.

The next famous person who filed bankruptcy before is Larry King. King is mostly known for his famous talk show Larry King Live that was on CNN from 1985 to 2010. With that being said King was not always doing well financially. He has had many financial problems in his early life and even some run ins with the law. In 1978 he filed for bankruptcy when he was faced with being in more than $300,000 in debt.

Today, King continues to do talk shows utilizing YouTube and the internet as a means of global distribution. Today he is doing really well and has a total estimated net worth of over $150 million.

The former Diff’rent Strokes star, Gary Coleman was once making a whooping $64,000 a week in his heyday. In was shocking for some to know that Coleman file for Chapter 7 Bankruptcy is 1999. His total debts were actually quite low compared to many others on this list, his debts were about $72,000. Coleman blames his parents as being the reason for his financially troubles. He claims that his parents stole a lot of money from his trust fund and spent most of everything he made.

Unfortunately, Coleman also was faced with some health problems that added to his financial woes and tragically died in 2010.

Some of you may not know who Aaron Carter is but he was a pretty famous musician about 10 years ago. He has had some hit songs like, “I’m All About You” and “Do you Remember” just to name a couple of his songs. He supposedly didn’t pay his taxes for the majority of his career which ended up leaving him with a huge tax bill. The singer eventually filed for bankruptcy in 2013 where it was thought he was over $2 million in debt.

The majority of the money that he owed was to pay back the IRS. When he was filing for bankruptcy supposedly some of his only assets were a Louis Vuitton backpack, a flat-screen TV, and about $900 in his bank account.

For those who do not know who this is, he is a former singer in the band Westlife. He has made millions and millions of dollars throughout his career but was still faced with a mountain of debt. In 2012, the singer filed for bankruptcy declaring that he had about $20 million in debt. He claims that the majority of his losses was due to the recession which caused his investment properties to lose a lot of value.

Currently he is doing better financially and has been able to repay back about half of his debt so far. Hopefully Shane will be able to keep his finances under control and not make any bad investment decisions in the future to come.

One of the more high-profile celebrities on our list is Burt Reynolds. If you do not know who this is he was a huge Hollywood celebrity in the 1970’s and has stared in many feature films. He has also won a Golden Globe award for his role in Boogie Nights.

Reynolds was not one for frugal living though, he spent the majority of his money living quite lavishly buying mansions, a ranch, and even a helicopter. His unregulated spending caused him to eventually have to file for bankruptcy in 1998. He supposedly owed his creditors more than $10 million. Burt Reynolds passed away last year in Jupiter, Florida at the age of 82 years old.

The next celebrity on our list that has filed for bankruptcy is MC Hammer. He is a musician that has a hit album named, “Please Hammer Don’t Hurt ‘Em.” This album supposedly earned him more than $33 million in 1990. With that being said he eventually filed for bankruptcy in 1996. Some estimates say that MC Hammer had more than $10 million in debt when he decided to finally file for bankruptcy. He admitted to Oprah that he used to employ over 200 people to work at his mansion which helped cause his bankruptcy. MC Hammer may also still be making payments to the IRS for back taxes. Today he is still doing shows and making new music.

Finishing off our list of celebrities who have filed for bankruptcy is Cyndi Lauper. She is mainly known for her song, “Girl’s Just Want to Have Fun.” In 1981 Lauper’s former manager sued her which ended forcing Cyndi to declare bankruptcy that year. Today she is doing very well financially and it is estimated that her net worth is over $30 million. Hopefully she maintains this going into the future and continues to live a financially stable life.

We at The Weller Legal Group hope that the information provided to you in this article helped you understand that even celebrities have filed bankruptcy in their lives. Going through a bankruptcy is not the end of the world and may even be a great start to a fresh new beginning. We at The Weller Legal Group have years of experience in helping our clients with bankruptcies and improving their credit scores. We have offices located throughout Florida, including, Clearwater, Port Richey, and Lakeland. If you have any other questions in regards to filing bankruptcies or working on improving your credit score feel free to give us a call today at 1-800-407-3328.