Part III of Three Related Articles [See related articles on this blog: The Bankruptcy Abuse Prevention & Consumer Protection Act (BAPCPA), “Part I, Rationales”&“Part II, Changes in Bankruptcy Law”] After passage of the BAPCPA in 2005, anyone wanting to file for Chapter 7 bankruptcy relief was faced with the new requirement of having to pass a “means test” to determine their eligibility. The primary purpose of the means test is to help the court determine whether an individual should be allowed to file a petition Read More + 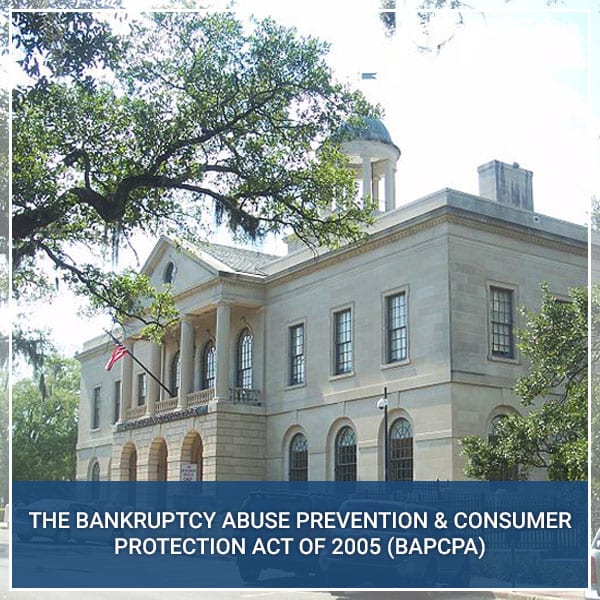 Part I–Rationales [See related articles on this blog: “The Bankruptcy Abuse Prevention & Consumer Protection Act (BAPCPA), ‘Part II, Changes in Bankruptcy Law’, and “Part III, The Means Test in Bankruptcy”] The Bankruptcy Abuse Prevention and Consumer Protection Act (BAPCPA) was a “bankruptcy reform” measure passed by Congress during the fifth year of the Bush (#43) Presidency. According to a report by the U.S. House of Representatives’ Judiciary Committee (Report 109-031), the BAPCPA “represented the most comprehensive set of bankruptcy reforms in more than twenty-five Read More +