For an enhanced understanding of this Article, please refer to Part I in this Series, Most Pro Football Players Go Bankruptcy Broke:  True or False? 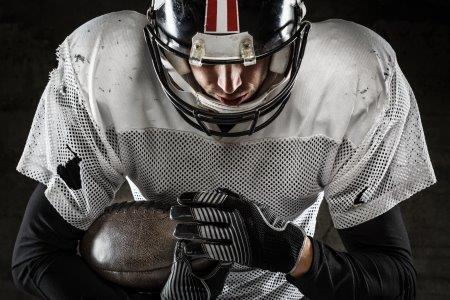 Pablo Torre, the Author of the Sports Illustrated Article, recounted his Article, on May 4, 2015, piece entitled, There’s A Difference Between Broke And Bankrupt For Ex-NFL Players, in an online publication named FiveThirtyEight.  Torre recounts that he used, in his analysis, a National Bureau of Economic Research’s Working Paper No 21085 titled Bankruptcy Rates Among NFL Players with Short-Lived Income Spikes.  The researchers compiled a list of 2,016 players who were drafted by NFL teams between 1996 and 2003.  The study found that of the 471 draftees that had been retired at least 12 years, 74, or 15.7%, had filed Bankruptcy.

Pablo Torre wrote in the Sports Illustrated Article, that “by the time the players had been retired for two years, 78% of former players had gone Bankrupt or are under severe financial distress because of joblessness or divorce”.  Many later Articles interpreted the Torre Article as stating that the majority of retired NFL players file Bankruptcy within two years of retirement.

There are obvious problems with the methodology used by the National Bureau Working Paper, and by the subsequent interpretations of Torre and most of his colleagues in what could be loosely referred to as sports journalism.

The Authors of the Working Paper criticized the Torre Article stating that after 2 years of retirement, only about 1.9% of the players had filed Bankruptcy.  If the time period used by the National Bureau researchers was two years after the year 2003, or the last year of the sample they used for NFL players, then most of the Bankruptcy filings would have occurred around 2005, 2006, maybe 2007 and 2008, which were years of an unusually large number of Bankruptcy filings nationally.  The figure from the working paper of 1.9% for retired football players was pretty close to the percentage of persons nationally who filed Bankruptcy.

Implicit in the Articles by Torre and the majority of other published articles, some of whom are mentioned in Part I of this Series, on the topic of the finances of retired football players, it that the plight of the retired players is based upon less than meritorious traits, such as fiscal irresponsibility, lack of financial planning, ignorance of proper money management, and personal inadequacies, such as the choice of fickle spouses, which inevitably leads to a players divorce, and other disruptions.

There is a definite narrative that is being presented by these writers.  It would be interesting to know what is guiding this narrative.  Some of the writers seem to take a certain delight in the misfortune of the retired players.

The National Bureau Working Paper only used players in their research that were drafted between 1996-2003.  If one is trying, however, to ascertain the financial condition of retired NFL players, then not only a larger sample size must be used, but also, responsibly, one must also divide the sample size into various populations, because the financial rewards of playing in the NFL differ greatly among players.

For example, using only drafted players excludes the many free agents who are players in professional football.  These players are only guaranteed the league minimums if they make the team.  Also, they are generally not afforded any form of signing bonus.

For the players who are drafted, the monies and benefits bestowed upon them differ widely depending upon their order in the draft.  Just because a player is drafted does not mean he makes the 53 man roster.  If the player does make the roster, the player’s salary is paid weekly for a seventeen week period.  If a player makes the roster but is cut after week two, then he only receives two paychecks.  NFL contracts are not guaranteed.  In addition, if the player is cut or released, he may be required to pay back a portion of his signing bonus, if such player even received one.

Of the 253 players chosen in the 2016 Draft, 22 players were cut.  That is 8.7% of the players chosen in the 2016 Draft were cut from the team that chose them.  These players may or may not have received a signing bonus.  They may have had to pay back a portion of that bonus if received.  They did not make the team and are obviously not eligible to earn the league minimum for first-year players.

Figures vary on the number of years the average player serves in the NFL.  The often cited figure is either three or 3.3 years.  Critics, including the NFL Commissioner, say that this figure is misleading because the 3.3-year average includes players who did not make the team, or was later cut because their performance was deemed inadequate.  According to the NFL, excluding such players brings the average to approximately 6.86 years.

So after three years of playing in the NFL, that player after paying his tax requirements, and his personal expenses of $100,000 per year (can include the agent fee of 3% in this figure), may have a savings of approximately $500,000.  If that person expends that $500,000 at the amount he was allotting for his expenses, after taxes, while playing in the NFL, he would surely be broke in five years.  If he tried to live on the interest at the rates typically paid from a certificate of deposit or a bank account, in 2016, he would need to live on significantly less than $20,000 per year.  If he did not have the skills, knowledge or physical ability to earn a gainful employment, he probably would be in “severe financial distress”, according to the economic standards many consider sufficient in the United States.

I believe, however, he would be eligible for the NFL pension plan.  But the basic plan pays a nominal amount to the retired players.  The point is this player while making much more than the average worker in the United States, is not retiring from professional football without some financial challenges.

It is difficult to determine what is the true average number of playing years for football players in the NFL.  Ultimately, this is unimportant.  In order to make a full analysis of the financial condition of players in the NFL, the players should be separated into their similar groups.  The financial condition of retired players from each of the groups should be analyzed separately.

Players drafted in the first round, depending upon order may receive a bonus in the range of $3 million to $10 million dollars.  A player drafted in the sixth or seventh round may receive a signing bonus of approximately $40,000.  A practice squad player makes about $112,000 per year.  An unsigned, undrafted free agent is entitled to no signing bonus, and may not make the team, but is paid for his term in training camp.  In 2014, such players were paid $175 for each day of workouts.

The methodology used is flawed.  If 50% of the marriages in the United States end in divorce does that mean that if you get married, you have a 50% chance of being divorced?  Not necessarily.  There are some people who are married multiple times, and that would skew the numbers.  Were one’s parents divorced?  Did a particular subject live with his or her Spouse, before marriage?  Was is a subject’s religious affiliation?  Was a subject physically or sexually abused as a child?  What is a subject’s socio-economic level?  These are all factors that may affect whether a particular subject or group of subjects, eventually divorce.  By knowing the multiple elements that cause a certain result, and by documenting how those elements are common among a certain population of subjects, all resulting in a statistically similar result, one can find the truth of how those elements produce that certain result.  Only by studying the whole in the smallest detail can one discern the truth.