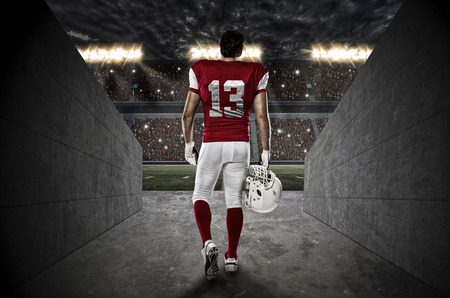 The infamous 2009 Article in Sports Illustrated, by Pablo Torre, maintained that two years after their collective retirement from professional football, 78% of former players in the NFL “have gone bankrupt or are under financial distress because of joblessness or divorce”.  Subsequent to this Article, Forbes published a 2005 piece, “Five Reasons Why 80% Of NFL Players Go Broke”.  Another highly publicized Article by a Brad Tuttle, asks “Why NFL Players Are So Likely To Declare Bankruptcy”.  A 2015 USA Today Article is titled, “Top 15 Retired NFL Players That Went Broke And Had To Find Regular Jobs”.

These Articles provide various explanations as to why the Authors believe the finances of retired NFL Players are so disastrous.  The Forbes Article, authored by Leigh Steinberg, a well-known Agent for NFL Players, argues that NFL Players tend to lack competent financial planning advice, often “support a village” of extended family, and friends, are sometimes impoverished by divorce, have a lack of awareness of how quickly a NFL career can end, and are unprepared for a second career after football.  The Brad Tuttle Article mostly parrots the opinions of Leigh Steinberg but also offers that NFL Players often get used to an elevated lifestyle that quickly diminishes their finances “once they retire and the millions stop flowing into their bank accounts”.

The Tuttle Article then enlightens its readers with the example of Warren Sapp, who had 240 pairs of collectible sneakers, including 213 pairs of Air Jordans.  Furthermore, Andre Rison “famously blew $1 million in jewelry and routinely walked around in clubs with tens of thousands of dollars in cash in his pockets”.  NFL bad boy Adam “Pacman” Jones, according to the Article “once dropped $1 million in one weekend in Las Vegas.

The Tuttle Article finally acknowledges the terrible physical toll that playing professional football deals to many players, in terms of their physical, and possibly mental, health.   However, the NFL disputes this assertion, citing 2012 National Institute for Occupational Safety and Health Study, in which researchers found that “players in our study had a much lower rate of death overall compared to men in the general population”.  The same study held that players may have an increased risk of Alzheimers and other brain and nervous system impairments than the general population.

The USA Today Article, “Top 15 Players That Went Broke And Had To Find Regular Jobs” adds that “professional athletes are also known for their tendencies to party too hard sometimes and being very popular with the ladies”.  These fem fatales are eventually the cause of the destruction of many of our Sunday heroes, according to the Author.  The Article then continues detailing the irresponsible spending of a group of 15 former NFL Players, who eventually either filed Bankruptcy or consumed most of their earnings from their time in the NFL.  All of these players would be considered among the higher earners in the NFL, during their tenure, including Terrell Owens, Deuce McAllister, Warren Sapp of the Tampa Bay Buccaneers, Mark Brunell, Lawrence Taylor, and others.

Most of the Articles discovered by this Writer contain the narrative the majority of NFL Players after retirement, either file Bankruptcy, or are in significant financial distress.  The reasons given are myriad, but contained within each of the Articles is a suggestion that many NFL Players are either mismanaging their money, spending beyond their means, or are otherwise financially inexperienced or careless.