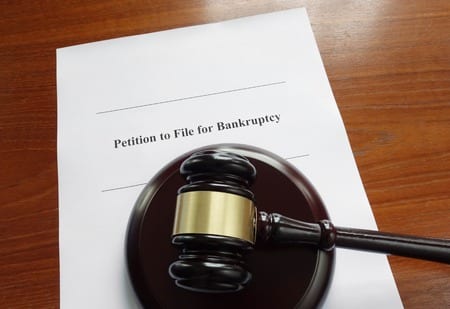 How do I file for bankruptcy is a common search term on Google and other search engines.  If one files either a Chapter 7 Bankruptcy or a Chapter 13 Bankruptcy, one may either represent oneself, pro se or enlist the services of a bankruptcy attorney or bankruptcy lawyer.

Chapter 7 and Chapter 13 bankruptcy are the two most commonly filed forms of bankruptcy.  Currently, the filing fee for a Chapter 7 bankruptcy is $335.00 and the filing fee for a Chapter 13 bankruptcy is $310.00.  In addition, the debtor must generally obtain a credit counseling certificate before filing either form of bankruptcy.  The certificate may be obtained by contacting any of a number of organizations that are authorized to provide such certificate.  The fee charged by these organizations currently range from a low price of $14.95 to as much as $100.00.  This certificate requirement is one of the manifestations of the 2005 Bankruptcy Act.

In addition to the bankruptcy petition, most bankruptcy courts usually require additional documentation such as evidence of income, bank statements, prior tax returns, contracts entered with certain creditors, registrations and titles to certain assets.  In the Middle District of Florida, the bankruptcy trustees and the bankruptcy court usually demand copies of the last six months of paycheck stubs or invoices received by the debtor, the last two years of tax returns filed, and copies of the last six months of bank statements.  These are the minimum requirements.  Sometimes, the bankruptcy trustee may request information or documentation exceeding these minimum requirements.

Weller Legal Group, PA is a law firm that is primarily dedicated to representing debtors in the filing of bankruptcy.  Weller Legal Group, PA is considered by many in the legal community to be the premier, remaining bankruptcy law firm in the Tampa Bay area.  With offices in Clearwater, Brandon, Lakeland, and Port Richey, we are conveniently located throughout Tampa Bay and Western Florida in the service of those who need to file bankruptcy.