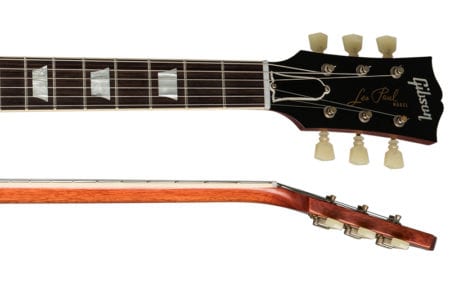 Ending months of speculation concerning the future of the once iconic guitar manufacturing company, Gibson Brands, Inc., the parent of Gibson Guitars, filed for Chapter 11 Bankruptcy protection earlier this week.

The Nashville, TN-based company is said to have in excess of $100 million in outstanding debt (some reports say that such figure is at least five times greater than the reported amount).

In a statement released by the company on Tuesday, CEO Henry Juszkiewicz said, “We are working on refocusing, reorganizing and restructuring… Over the past 12 months, we have made substantial strides through an operational restructuring. We have sold non-core brands, increased earnings, and reduced working capital demands.”

One of Gibson’s “non-core brands” is an audio and home entertainment subsidiary that Gibson acquired from the multination technology firm Phillips in a $135 million deal in 2014. That brand will now be “wound down” according to one company official as part of the Chapter 11 restructuring. Gibson also owns several other musical instrument companies that are doing well despite the parent’s financial woes. Those companies are Ephphone, Kramer, Steinberger, Dobro and Baldwin.

Annual revenues for the company have taken a dive over the past three years, falling nearly half a billion dollars in that short period. Gibson owes a ton of money to at least twenty-six suppliers and outside businesses (upwards of $500 million); a recent tightening of restrictions on the importation of Rosewood has further hampered the company’s core business and ability to deliver its traditional high-quality musical instruments.

The restructuring plan that was filed in the U.S. Bankruptcy Court in Delaware earlier this week, provides that senior lenders – including Melody Capital Partners LP, K, KR Credit Advisors, and Silver Point Capital – will trade their outstanding debt for an equity interest in Gibson Brands, Inc. Such plans are fairly common in Chapter 11 proceedings, especially where creditors have both the interest and means in taking over a troubled company’s operations.

Gibson’s guitar sales have seen a rebound in the past 12 months, even with the mounting problems and debt that it took on with its 2014 Phillips acquisition. Sales of Gibson electric guitars increased 10.5% to $122 million in the period ending in January, 2018. The company sells more than 170,000 guitars each year in over eighty countries worldwide. Gibson has been in business since 1894 – it has factories in Memphis and Nashville, TN (manufacture of electric guitars) and Bozeman, MT (manufacture of acoustic guitars).

CEO Juszkiewicz said that the return of Gibson to its core business will mean that it is winding down and phasing out the consumer electronics portion of its portfolio. The plan, according to Juszkiewicz is to formally liquidate its holdings in that subsidiary on April 30th of this year. Brian J. Fox, a managing director at Alvarez & Marsal has been selected to serve as the company’s chief restructuring officer.

Fox, in the Chapter 11 filing said “…the company has an ‘exit path’ from Chapter 11 as a deleveraged business, poised for continue growth…”. Fox also said that the consumer electronics arm of the business “…had become trapped in a viscous cycle in which it lacked the liquidity to buy inventory and drive sales. Gibson’s creditors have been at odds with Henry Juszkiewicz for the past year – some creditors refused to work on the type of restructuring plan that is now being implemented through bankruptcy so long as the embattled CEO was in charge.

If all goes according to the filed plan, Gibson will have shed the under-performing electronics subsidiary it acquired in 2014 by April 30th, with an exit from Chapter 11 bankruptcy presently scheduled for September 24, 2018.