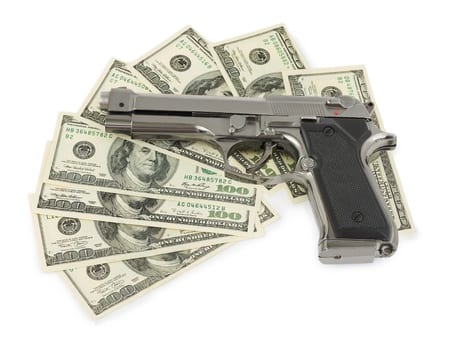 In the 111th Congress, legislation was passed in HR 5827 that provided a Federal Exemption in Bankruptcy for a Debtor’s interest in a “single rifle, shotgun or pistol, or any combination thereof”, provided the total value of such Firearms did not exceed $3000.  Such bill also contained a provision that Firearms could be included in the category of Household Goods, permitting the Debtor to avoid a Non-possessory, Nonpurchase Money Security Interest in Bankruptcy.  Similar legislation was also presented in the 112th Congress in a bill entitled The Protecting Gun Owners In Bankruptcy Act of 2011.

Neither of the legislative efforts was ultimately successful, however, as there is no explicit Federal Exemption in Bankruptcy for Firearms or any variety of Firearms.

However, some States have explicit Exemptions for Firearms.  These State Exemptions are important because, a Debtor who has not filed Bankruptcy can also avail him or herself the benefit of various State Exemptions in preventing Creditors from seizing, attaching, or garnishing certain of their Assets, and in some cases, Income.

In Arizona, Firearms are included in its State Exemption for Personal Items.  These are Assets of the Debtor that are “used primarily for personal, family or household purposes.  These items include one typewriter, one a bicycle, a family bible, one sewing machine, a lot of a burial ground, and one shotgun or one rifle, or one pistol, not possessing a value exceeding $500.

The Idaho State Exemption permits one Firearm valued at $750 or less.  In Iowa, the State Exemption provides for one shotgun, and either one rifle or one musket.  There is no dollar value limitation in Iowa.

The remaining States of Montana, Nevada, Ohio, Oklahoma, Oregon, Virginia, and Wisconsin, all have State Exemptions that address Firearms in different permutations.  Generally, most State Exemptions for Firearms limit the number of Firearms protected by the Exemption or the aggregate value of the Firearms, or both.

So, for example, a Debtor files Bankruptcy in a State that has enacted a State Exemption for Firearms.  Say the State Exemption, which the Debtor elects, entitles the Debtor to an Exemption in 2 Firearms, a rifle and a pistol, which are limited in their aggregate value to $2000.  The Debtor owns two pistols, two rifles, and one shotgun.

If the Debtor files a Chapter 7 Bankruptcy, a number of options are available.  The Debtor may surrender the excess Firearms to the Chapter 7 Trustee, who will subsequently sell the Firearms at a public auction.  Any member of the public may attend such an auction whereby a myriad of items or Assets seized or attached by a number of Bankruptcy Trustees are available for purchase to the highest bidder.

Some States may prohibit Firearms to be sold in such a manner, in which case, the Bankruptcy Trustee may be forced to sell or liquidate the Firearms in a different manner.

The Debtor has the right to Selection, whereby the Debtor may decide to retain certain of his Firearms, by paying the Chapter 7 Bankruptcy Trustee, a sum of money equivalent to the value of the Firearm.  This is often referred to as a “buy-back” because the Debtor is essentially buying back his own property.

Part III in our Series on Firearms, Guns, The Second Amendment and Bankruptcy will focus on the avoidance of liens on Firearms, in matters where the security interest is a non-possessory, non-purchase money security interest.  Part III will also address how various Courts have addressed this matter, including the important determination of whether Firearms qualify as Household Goods.