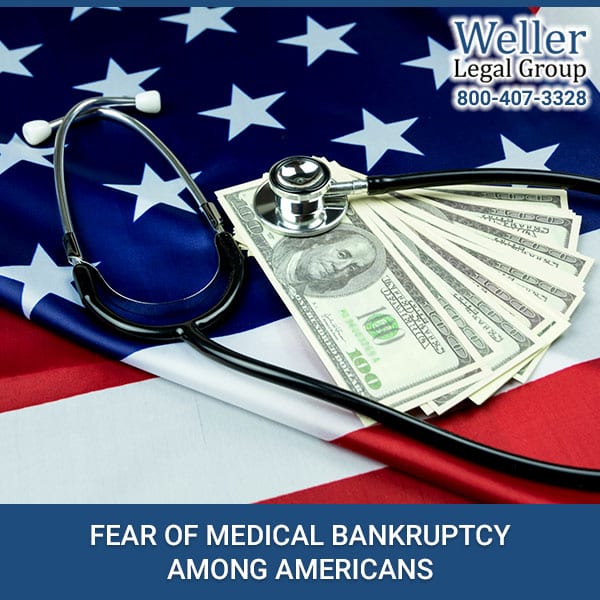 More than 50% of adults living in America are worried about their household facing a major health issue. They fear medical bankruptcy according to a study made by West Health and Gallup. The worst part of the problem is that this fear is increasing when compared to the last few years. During the last year alone this fear increased by 12% among adults aged between 18 to 29 and by 9% among people ages 30 and 49. Then there is the problem of unpaid bills. 15% of the people admitted that there is at least one person in the house that has a medical debt that cannot be paid in the upcoming year. Many participants in the survey indicated that they will have to borrow money to pay their medical bills.

This issue is more pressing among people of color. The survey indicated that more than 20% of non-White participants of the survey reported that someone in the household was carrying medical debt. This percentile is 12% in the case of the White U.S. population. The lower-income people earning less than $40,000 annually were more likely to carry medical debts than those earning in the excess of $1, 00, 000 every year. The percentage varies between 28% to 6% for these earning groups.

Alternatives to paying the medical bills

At the moment 26% of adult people with pending medical bills in the excess of $500 said that they will have to borrow money to pay the bill. 12% of the people with pending medical bills said that they will use their credit cards or get a loan from money lenders for the purpose. 14% said that they will have to borrow money from friends or family for this purpose. Respondents of the survey were split about when they could possibly repay the loan. They have to repay the loan at the end of the month in case of credit cards and this debt can become accruing in the event of non-payment.

Non-whites and lower-income patients are more likely to be affected in this case as well. A whopping 43% of non-White adults admitted that they will need to borrow money for repaying their medical debt in the excess of $500 while 46% of the people from lower-income groups admitted about the same fate.

Medical bankruptcies and the general election

Due to the reasons listed above the out-of-pocket healthcare costs remain at the top of the agenda for the upcoming presidential election in the U.S. in November as shown by the survey. 35% of the people said that lowering the financial responsibility of the patients and relieving the out-of-the-pocket healthcare expenditure is among the top issues for the voters in the general election.

These results were announced by the survey in the midst of the COVID-19 pandemic. Both patients and healthcare professionals were looking at coronavirus care costs closely. The price-tag on the treatment of the illness was marked at $1300 at the beginning of the crisis for the employer-sponsored coverage. This out-of-pocket cost could be insurmountable for several patients.