The Housing Collapse Of 2005 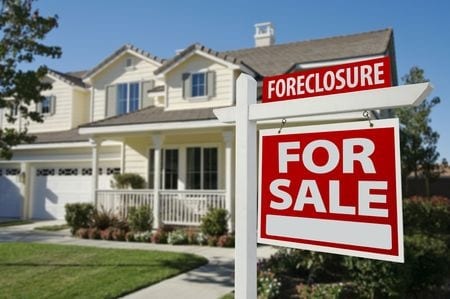 The Bush Administration simply followed the lead provided by its Predecessors.  With the elimination of Glass Steagall, the easy money kept flowing.  Ian Greenspan kept the Interest Rates low.  The Bush Administration mostly ran interference against any form of oversight, or actively encourage irresponsible Lending.

In a pure economy where Interest Rates are determined by the risk presented by Lenders of real money, to Borrowers, any form of government “oversight” or regulation would be probably mostly unnecessary. A Housing Bubble would be unlikely because the Bank, lending its own money, tied to a defined standard, such as gold or silver, would raise or lower Interest Rates based upon risk.  The Borrower would restrict his borrowing if such Interest Rates increased or possibly expand his borrowing based upon lower Interest Rates.  Both the Lender and Borrower would necessarily be encouraged to make sound financial decisions because each party would suffer real consequences otherwise.  The

Preceding the Housing Collapse, and continuing to a certain degree to this day, much of the factors that would encourage sound decision-making on the part of the Lenders and Consumers were eliminated.  Many Borrowers were able to secure Mortgages with little or no income, no proof of income, little or no down payments, ridiculously low Interest Rates, and other elements.  The Banks were not lending their own money.  Who was really invested in ensuring that such Lending was performed according to sound Lending Practices?

This proposal is probably in line with the thinking of a follower of Austrian Economics, at least in its earliest form.  Keynesian Economics holds that the markets must be manipulated to achieve certain ends.  However, the persons manipulating such markets will typically seek the ends most beneficial to themselves, or their controllers.

When the Homeowner makes his payment timely, the Servicer collects a fee for providing the above services.  However, if the homeowner is delinquent, the Servicers fees escalate.  The Servicer can also then collect late fees, and other costs.  If the home enters Foreclosure, the Servicer is able to collect additional fees again.

Here is the punchline.  When the house is sold, the Servicer gets paid first, before any other Creditors or Investors.  The Servicer, which is really the bank, gets paid before anyone other party.  Because the money was never really owed to the bank itself, the bank does not care what happens to the property.  In fact, it is in the interest of the bank to allow or even force a homeowner, into delinquency, then further into a long term of delinquency, and eventual Foreclosure.

This is an aspect of the Housing Collapse that is hardly ever discussed.  When the collapse began, the banks profited dramatically, to the tune of many hundreds of billions of dollars, through their Servicing Subsidiaries.  As a Bankruptcy Attorney who has represented many thousands of Clients in Bankruptcy Proceedings, and having met many thousands more, Homeowners, during and following the Housing Collapse of 2005, I have heard similar stories from these many thousands of persons.  The standard account told to me by these Homeowners is that either the Bank created a situation to place them in initial default, through for, example, misrepresenting Escrow estimates and other issues, that the homeowner made multiple attempts to reach a Settlement with the bank which would allow them to retain their property, and repay the Mortgage, but the Bank lost the extensive documents that they were required to present, that they spoke with multiple agents of the Bank, each of whom was unfamiliar with their matter, which required the homeowner to start the process anew, and other accounts of delay and obfuscation by the bank.

Finally, after years of frustration, the Bank, or Servicer, through its stable of Foreclosure Attorneys, files Foreclosure against the Homeowner.  Eventually, the Home is sold at Public Auction, and the Servicing Company takes its fee off the top.  The Investors receive pennies on the dollar, or nothing.  Not good news if you invested in a 401k or you are a police officer or fireman, and your Pension Fund was heavily invested in Housing Securities.

Also, not good news for many positioned on the lower rungs, economically.  According to Economist Emmanuel Saez and Gabriel Zucman, the lower 90% of Americans witnessed approximately 30% of their wealth evaporate between 2007 and 2009.  That wealth has not returned.  Much of the wealth possessed by the middle and working classes, was in home equity.  These policies affected these populations most dramatically.

Foreclosures were more prominent in the neighborhoods populated by the middle and working classes, and generally, the lower 90%.  The Housing Collapse affected all homeowners in these neighborhoods, even those who owned the home absent a Mortgage, or a sound Mortgage, due to the decline in home values.

Don’t think the Obama Administration is innocent in the continuing housing imbroglio.  Most of the Obama Administrations efforts from the first day of its ascension, were designed to assist the Banks, usually to the detriment of homeowners.  You were promised Hope and Change.  I suppose that was not a complete lie.  Hope is within the provenance of each individual, and cannot truly be supplied by an external source.   Change has been in abundance, but perhaps not the type or form you were expecting.

More on Obama in Part III.  The Architects Of Your Enslavement:  The Continuing Saga.  Part III.