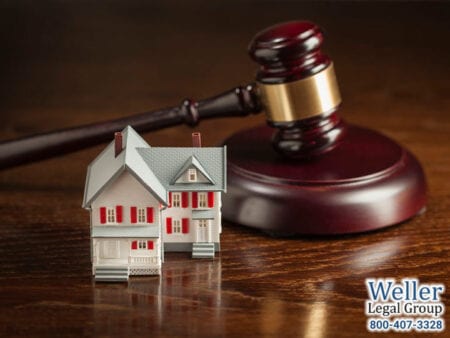 Many, if not, most Bankruptcy Practitioners would tell you that by law, judgement liens can only encumber property for a 10-year period and receive a one-time extension of 10 more years. This would make the time a lien may last a maximum of 20 years. Fla. Stat. § 55.10(2). However, these people would be technically wrong. The law does not define when the initial begins on a judgement lien. Bankruptcy professionals presume that the lien will be filed as soon as the judgment is entered. However, that may not necessarily be the case.

The Florida Statute is missing a crucial definition that most people have simply presumed; when does the timeline of a judgement lien begin? The statute of origin, Fla. Stat. § 55.081, does not mention when the clock begins to tick on a judgment lien, it simply states that there is a clock and it is counting down 20 years. When the clock begins to tick is a crucial part. Does the life of any and all liens filed and to be filed begin when the final judgment is recorded; or does the clock begin once the lien has been recorded. If it is the latter, then each lien recorded thereafter by the same creditor each potentially has different expiration dates.

If the timeline of the expiration of a judgement were to run from the date which each of the liens was recorded, the creditor could keep the debtor encumbered by liens well over the 20-year limit of Judicial liens. If the creditor enters a Judicial lien against the debtor’s car after receiving a judgement in 2020, the lien would have to be renewed in 2030 for another 10 year period putting the expiration of the lien on the car in 2040. However, if the creditor files another lien in 2025 for the debtor’s newly purchased house, that lien could be renewed in 2035 and continue until 2040. This cycle can continue arguably for 20 years after the judgement was entered. There could even be a situation in which on the day before the 20-year expiration of the judgement, there could be a judgment lien entered against the debtor that would remain for up to another 20 years even after the original judgment would have expired.

The loophole created by the ambiguity of the word “judgment” in the statute creates the possibility for a practice long looked down upon in the United States. Being indebted to another person or entity for likely over 20 years is reminiscent of indentured servitude in which one would be enslaved to work until their debts were paid off. By not clarifying through legislation the intended timeline of a judicial lien, the Florida Legislature has created a loophole ripe for exploitation by rich corporations of poor individuals trying to outlive the mistakes of their pasts. If Fla. Stat. § 55.081. were to remain as it is, it only takes one malicious corporation or individual to bring light to the loophole before any citizen of Florida may be subject to seemingly endless liens on any new property they may acquire for the duration of the life of the final judgment and then some.

In other states, it is specified from whence the timeline begins. In Illinois, a judgment is defined as a lien on real estate “7 years from the time it is entered or revived.” 735. Ill. Comp. Stat. § 5/13-218. In Maine, the life of a lien is defined as “20 years from the date of the filing of the writ of execution.” Me. Rev. Stat. tit. 14, § 4651-A. Other states have combatted the loophole created by ambiguity by including direct language in their statutes of when the clock for the expiration of the judgment lien.

The seemingly never-ending whirlwind of liens is only made possible by the Florida Legislatures’ innocent omission of a firm start time of the expiration of a judicial lien created. For a minimum of 20 years, the debtors may be under the thumb of the creditor theoretically up to 20 years minus one day from the end of the final judgment’s expiration.

It may be inconceivable that a creditor would wait almost 20 years to file a lien on real or personal property of a debtor but it is a scenario that under the current law would be completely permitted. A debtor would be unable to purchase a home 15 years after the final judgement without the threat of having a judicial lien placed on the property for potentially 20 more years. It is a debtor’s worst nightmare to be indebted to an entity for over 20 years after the end of a long bankruptcy proceeding. The endless parade of liens that a debtor may encounter after a final judgment was not what the legislature intended but is what they created.

To rectify this gross misunderstanding and loophole, the legislature need only make a simple amendment to Fla. Stat. § 55.081. The amendment should read as a clear statement saying that the judgment liens are only valid for up to 20 years from the date that the final judgment was recorded despite the filing date of the judicial lien. Or the amendment could read that the judicial liens are valid for 10 years from the original date of filing plus the extra 10 years from the extension. However, the latter clarification may lead to the aforementioned problems in which at the end of the life of a final judgment, a creditor may again file a different lien that would then be valid for a maximum of 20 years after the final judgment has expired. The legislature needs to define the use of the word judgment in the statute because as it is currently being used interchangeably in the statute and only allows room for error without further clarification.