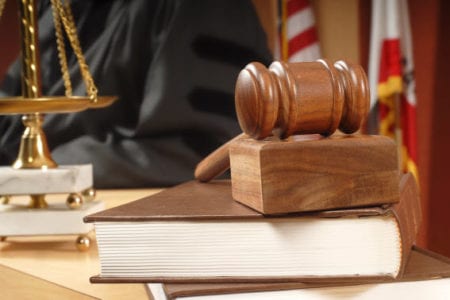 My name is Anthony Rodriguez. At age 33 I found myself barely making it in the San Fernando Valley located in the county of Los Angeles, California. Even making a decent income every year, I was still living paycheck to paycheck and struggling to make ends meet. Single, no kids and still struggling! I have nothing but love for California but I do not miss the struggle. In my opinion, there is no longer a middle class in Los Angeles. You are either living from paycheck to paycheck like I was or you are driving an expensive car with no financial stress. At the beginning of 2018 I decided that it was time for a fresh start. My entire family moved to Clearwater, Florida in 2015. My family and I have always been close as we have been through a lot together. I rounded up a few friends, said my goodbyes and began my adventure from Los Angeles, California to Clearwater, Florida. I drove approximately 2,575 miles across 7 states with my two cats Puma and Sparta. I chose to leave California at about two o’clock in the morning so I would not have to deal with all of the notorious and mind numbing Los Angeles traffic. Before I knew it, I was in Arizona. Shortly after that, I was in New Mexico just in time for the sun rise.

Then I had to drive through Texas. I would have to say this was my least favorite part of the drive. It was the sheer size of the state and the hours it took to get across it. Driving across that monster of a state made me never want to go back to Texas for any reason. It was HUGE! Then I entered Louisiana. Louisiana was by far my favorite part of the drive. I did not realize how beautiful my surroundings were until the sun rose. It was 18 degrees and there was ice everywhere. Coming from sunny Los Angeles, California where the temperature rarely drops below 40 degrees, you could imagine my shock. Sleep was not fun as the temperature dropped to about 12 degrees at one point. I slept in my car with the cats. I made sure they were bundled up like little burritos. But without a doubt, Louisiana was absolutely beautiful and the best part of the journey. The trees and backwoods I was driving through were a spectacle in themselves. It did not even feel like I was in the same Country. After Louisiana came Mississippi and Alabama. It did not take more than a few hours to cross both states. Finally, I had arrived in Florida.

There was no better feeling than seeing that sign that said “Welcome to Florida, the Sunshine State”. At this point, I had been driving for about 20 hours straight, with no sleep. I had to make a stop for gas and decided I would play a Lottery Scratcher. I won twenty dollars! I took this as a definite good sign. As I approached Tampa, I literally began hallucinating and falling asleep with my eyes OPEN! The lines dividing the lanes on the freeway began to disappear and reappear. I was looking at the cars passing me by to try and stay awake when I noticed there was no one in the vehicles. I saw empty cars travelling 70-90 miles per hour. This sounds like something out of some kind of science fiction movie. Obviously, the hallucinations were getting worst. So was the lack of sleep. I did not even know it was possible to fall asleep with my eyes open. I had been driving for 23 hours straight at this point. So, just 3 hours away from my destination, I decided to stop and get some sleep. I parked at a gas station and gained about 4 hours of sleep. I woke up and felt a lot better. I continued on until I made it to my destination at about midnight. I was once again reunited with my family.

Episode 2: Filling the hole in my Soul.
As I mentioned earlier, my family and I have been through many trials and tribulations. We have each been tested individually and as a whole, constantly throughout our lives. There have been periods where we would barely even speak to each other. All of that aside, when the dust settled, it had just made us closer and stronger than ever. My mother has a saying “For the strength of the pack is the wolf, and the strength of the wolf is the pack”. That was single handedly the most powerful thing my mom (or any one for that matter) has ever said to me and I will never forget it. When my family left California back in 2015, I thought I could handle being without them, and I did for almost three years. I felt I had something to prove to myself. Call it what you want, I had to show myself that I was perfectly capable of making it on my own. With the constant struggle and living paycheck to paycheck, I was never able to take a vacation and visit my family. At the same time, I didn’t realize the gaping hole in my soul that was growing almost daily. I was becoming increasingly careless, apathetic and depressed more and more, every day. I missed my family so much and realized that I have not seen them in almost 3 years. I (by my sister’s request) held my sisters hand while she gave birth to my nephew. Although in my opinion it was a bit unorthodox, I decided to be there for my sister since my nephew’s biological father was not there for the birth of his son. I was actually the one who cut his umbilical cord.
I felt terrible letting almost 3 years go by without seeing my nephew. Every holiday that went by was like a stab wound to the stomach. I would see pictures of my nephew and the rest of my family on social media and go in to a deep depression. Holidays are never fun on your own. So aside from the quality of life in California, I decided to stop feeling sorry for myself and do something positive for myself and my family. They say that home is where the heart is and I finally am home again, with the ones who mean the most to me.