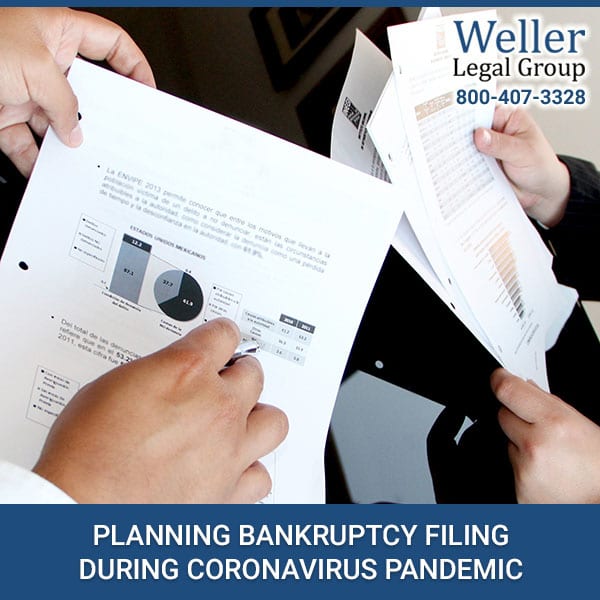 There is no denying the fact that coronavirus pandemic has rocked the U.S. economy badly and this has had a terrible effect on the bankruptcy filings. With an upsurge in unemployment and several businesses coming under financial pressure due to the spreading of the pandemic, it is only a matter of time before many businesses declare bankruptcy for handling their debts and make a new beginning as observed by many experts. More than 30 million people across America have become jobless and filed the jobless claims in April. The other business-activity index hit an all-time low during April and it was on the economy’ service sector.

The bankruptcy filing in April 2020

The bankruptcy courts will likely be flooded with cases however it has not started yet. Surprisingly there were 47% fewer cases for bankruptcy filed in April 2020 than compared to April 2019. These statistics were released by ABI (American Bankruptcy Institute). There were 36,150 cases for bankruptcy filed in the U.S. in April 2020 than compared to 67,802 in the same month in 2019. ABI is a professional association comprising of judges and lawyers that are involved in the process of bankruptcy. The number for commercial bankruptcy filing also dropped by 37% in April than compared to last year. There were 2,278 filings of this kind in April this year. However, businesses filed 26% more chapter 11 filings than last year. The famous clothing company J. Crew filed a chapter 11 case in April.

Funding measures by the Congress and Administration

There are many theories behind this drop in the bankruptcy filings in April. One of the reasons could be the $2.2 trillion stimulus according to the ABI executive director Amy Quackenboss. Other help provided includes The Coronavirus Aid, Relief, and Social Security Act providing $1200 payment to the qualified individuals and $2400 to the married couples along with $500 for the child. This bill also made a provision of $349 billion for possibly forgiving the loans to small businesses. The legislators authorized another total of $320 billion for loan programs after the loan money has run out. These measures are taken by the Congress and Trump Administration for assisting individuals and small businesses when the initial shock of the economic crisis caused by the coronavirus staves off, has affected the bankruptcy filing until now.

The situation for different kinds of bankruptcies

However, the ABI executive also opined that bankruptcy may offer a safe route going forward. IRS has sent out as many as 90 million checks until mid-April however, most people believe that one-off payments might not be sufficient. When people will start feeling financial woes, they may not immediately opt for bankruptcy. Most people are in a state of shock and cannot think straight. With the states slowly ending the shut-down orders there will be several laid-off workers looking for employment. It is clear that bankruptcy filings are going to rake up sooner than later.

It might even be too expensive for many people to file bankruptcy claims. If someone is filing a chapter 7 case which allows the liquidation of non-protected assets of the person normally needs to pay $2000 to $3000 upfront. It is no small amount for a person looking for bankruptcy protection. In some states, there is a provision for chapter 13 where the debtors can re-pay the creditors by using installments. The costs of these kinds of cases can run up to $3900. However, the legal fees may be incorporated inside the payment plan.

Significantly some businesses must decide on the bankruptcy decision immediately. This is to ensure that these businesses can acquire and keep sufficient money to stay afloat until their next payroll arrives. One of the recent studies indicates that the cases will take longer to resolve as the bankruptcy courts become crowded. Other factors resulting in the slowdown of the process are too many small businesses getting liquidated and creditors recovering less than owed.

Another problem that many businesses will face is that if they will be on the edge of bankruptcy after a few months from now, and they would have acquired a lot of debt to operating efficiently. These over-indebted companies cannot even pursue good business projects. They will be forced to reduce employment and investment. Therefore these businesses must restructure immediately for bankruptcy. But the overloading of courts for the next six months governs all these things.

To make the matters worse 65% of the judges that will preside over the bankruptcy cases are older than 60. Due to the coronavirus pandemic, they will be forced to work remotely and have to forgo the in-chamber meetings where the compromise between the creditor and debtor is reached. However, Congress may double the number of bankruptcy judges to support the existing personnel.

As the whole thing looks a bit bleak, in case the historical pattern holds well, the bankruptcy filing cases will peak many months after the recession has started. This will provide a window for a beginning. In the event the bankruptcies peak quickly there will not be any time to lose. The biggest solution to the bankruptcy problem will be the early end to the crisis of public health and a quick economic recovery. But it is difficult to depend on that. You can also consult the experts at The Weller Legal Group, a high reputation law practices specializing in bankruptcy. The company has offices in Lakeland, Port Richey, Tampa and Clearwater, FL and has been in business for over over 25 years.