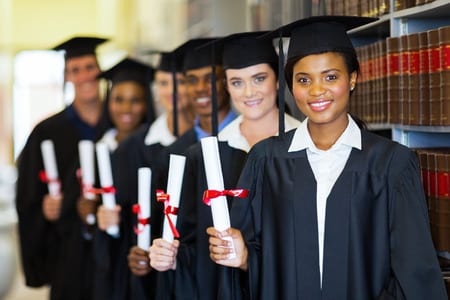 I am a Law Student who wishes to study Bankruptcy Law and practice as a Bankruptcy Attorney.  Do you have any advice as to how I should proceed?  Thank you, Mike Parsons of St Petersburg, Florida for your question.

While in my second year of Law School, I learned a little about Bankruptcy Law from one of my Professors.  I immediately thought that Bankruptcy Law was the area of Law I wished to practice upon graduation.

Contracts, Personal Injury (Torts), Civil Procedure, Real Estate, Constitutional Law, Moot Court, Legal Writing, and just about any Class available in any Law School have some relation to the understanding and practice of Bankruptcy Law.

My introduction to this man, however, did teach me a valuable lesson.  Persons who are granted high positions in our government, and in this case, judgeships, are often mediocre.  This is especially true today.  Many of the current crop of Bankruptcy Judges are Attorneys who are otherwise unemployable.

However, after I graduated from Law School I secured a position in a Law Firm in Tampa, Florida that was, at the time, probably one of the largest, if not largest, Bankruptcy Law Firms in the State of Florida, and possibly the United States.  I worked six days a week, excluding Sundays.  I worked at least ten to twelve hours per day, including Saturdays.  All we practiced at this Law Firm was Bankruptcy Law.

So the advice is simple and cliché.  Just do it.  That is probably the best advice anyone can give to anyone who wants to do anything.  So you want to be a professional guitar player?  You want to be a brain surgeon?  Whatever you want to accomplish, the only way is to achieve that goal is to start by doing.

I don’t mean you should start practicing brain surgery on your little sister.  Study biology in high school.   Take pre medical style classes at your community college.  Finally, graduate from medical school.  Along the way, learn everything you can in matters of brain surgery.  Don’t give up.   Just do it.   Make mistakes and keep going.  One day, you will be a brain surgeon.

Others may start the race at the starting line and you, for whatever reason, are made to start multitudes of yards behind your competitors, the persons seeking the same accomplishment.  No matter the impediment, almost anyone can eventually can be a brain surgeon, dependent upon effort.  Superior effort generally always wins over superior talent.  If one has neither, such person will probably never accomplish his or her goal.  If one has both, then that person will generally attain the highest arc of his or her goal or goals.