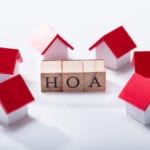 Homeowners’ Associations are a fact in Florida, from the Deed-Restricted Communities to the Condominium Associations and Co-ops, many Floridians pay Monthly, Quarterly or Yearly Assessments to enjoy the benefits of architectural uniformity, common grounds maintenance and security. Adhering to community standards in turn helps maintain the appeal of the development, thereby increasing property values, and leading to happy homeowners. But sometimes, homeowners fall behind in their dues. This is a brief overview of how these back fees and assessments are treated in Bankruptcy. What is Read More + 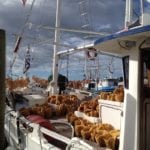 General Information Tarpon Springs, Florida is a quaint nostalgic city with a population of approximately 25,000 people. It is located in Pinellas County on the Anclote River less than a mile from the Gulf of Mexico on the west coast of Florida. Its’ location is about 30 miles northwest of Tampa and just 20 minutes north of Clearwater. This city is a modern day “Little Greece” and is primarily recognized today for its’ famed sponge docks and Greek heritage. Markedly, Tarpon Springs has more Greek Read More +

The mayor of Hartford, Connecticut, Luke Bronin has been intimating for a number of months that the city may need to file Chapter 9 bankruptcy. Chapter 9 bankruptcy is a form of bankruptcy where a municipality can seek to reorganize its debts, and arrange such debts in a reduced payment over a period of years. According to reports, Hartford currently has a $65 million dollar deficit and has problems meeting its obligations, including upcoming shortfalls in revenue of $7 million in November, 2017 and $39.2 Read More +

This Article is the first entry in this Author’s Series on the Chapter 11 Bankruptcy filing of Curtis James Jackson III, or the man more famously known as 50 Cent, Fiddy, and sometimes, G Unit.  The entries in this Series  will be presented, as follows: FORMER PARAMOUR OF RICK ROSS DAMAGED BY RAPPER 50 CENT’S PUBLICATION OF SEX TAPE:  THE MISADVENTURES OF PIMPIN’ CURLY FIFTY CENTS FEUD WITH SLEEK AUDIO CONTINUES IN BANKRUPTCY COURT: 50 CENT’S HEADPHONE DEAL GETS DA CLUB 50 CENT BATTLES IN BANKRUPTCY Read More +

PART TWO IN THE SERIES ON THE DEATH OF SUPREME COURT JUSTICE ANTONIN SCALIA The first Article on Antonin Scalia was primarily an combination of the information, arranged as a narrative, that were given regarding the death Mr. Scalia, as presented in media sources found on the internet.  This Article will supplement the information found in the first Article. Judge Cinderela Guevera pronounced dead by telephone at 1:52 p.m. after she was called by Sheriff Danny Dominguez, according to a February 13, 2016 Article in Read More +