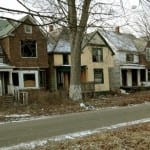 Pension Plans And The Detroit Bankruptcy    The Centre for Retirement Research (CRR) report found that in the United States, the States pensions for its employees are 27% underfunded. The total amount of obligations that are underfunded amount to about one trillion dollars. To calculate the one trillion dollar shortfall, CRR used the mathematics used by most States wherein the State uses an annual discount rate of 7.5% to 8%. The discount rate is an assumption that the pension plan monies that are invested will Read More +

Pension and Health Plans in Detroit This is part VI in our series on the Detroit bankruptcy, and pension and health plans for governmental retirees. The approach to the bankruptcy in Detroit has important significance not only to the city of Detroit and its inhabitants, but to the bond market that finances much of many American cities efforts, and to pension plans and other benefits that governmental retirees receive nationally. Detroit is the largest city in the United States to ever file for bankruptcy. The Read More + 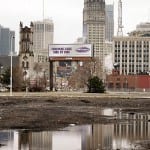 Pension Plans And The Detroit Bankruptcy Please refer to the earlier parts of this series to better understand the context of this article. The City of Detroit is in bankruptcy. Detroit is probably one of the most visible of the cities in the United States that have entered or filed bankruptcy proceedings. The primary issue confronting Detroit and many other large cities are the unrealistic pension and medical benefits with its police, fire and other governmental unions, negotiated with the governmental agencies or politicians that Read More +

Pension Plans And The Detroit Bankruptcy    This is Part IV in the series on Pension Plans And The Detroit Bankruptcy: The Coming Crisis. Please refer to the prior articles in the series for context. Another possible victim of the bankruptcy plan offered by the city of Detroit is its treatment of individuals with lawsuits against the city. Jessie Payne, a 72 year old Detroit resident. Ms Payne was making her way to a doctors appointment when a Detroit city bus plowed her over, causing Read More +

Pension Plans And The Detroit Municipal Bankruptcy Please read the preceding articles of this series on pensions plans and the Detroit municipal bankruptcy to gain a better context and understanding of this article.    The plan proposed by the city of Detroit in its municipal bankruptcy in late July of 2014, was accepted by approximately 82% of the Police and Fire Retirement System and by about 73% of the General Retirement System retirees and current Detroit employees. The majority of bondholders disapproved of the bankruptcy Read More +

The United States Constitution gives Congress the power to establish laws on the subject of Bankruptcy throughout the United States. Congress first exercised this power the Bankruptcy Act of 1800. This act, which virtually copied the existing English law, provided for involuntary bankruptcies and was only available to traders (merchants). The act was repealed three years later in 1803. Two more short-lived federal bankruptcy laws were enacted from 1841 to 1843 and from 1867 to 1878. A permanent federal bankruptcy law would not go into Read More +