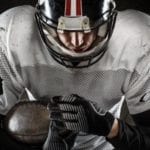 For an enhanced understanding of this Article, please refer to Part I in this Series, Most Pro Football Players Go Bankruptcy Broke:  True or False? Pablo Torre, the Author of the Sports Illustrated Article, recounted his Article, on May 4, 2015, piece entitled, There’s A Difference Between Broke And Bankrupt For Ex-NFL Players, in an online publication named FiveThirtyEight.  Torre recounts that he used, in his analysis, a National Bureau of Economic Research’s Working Paper No 21085 titled Bankruptcy Rates Among NFL Players with Short-Lived Read More + 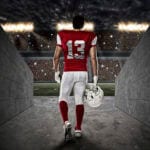 The infamous 2009 Article in Sports Illustrated, by Pablo Torre, maintained that two years after their collective retirement from professional football, 78% of former players in the NFL “have gone bankrupt or are under financial distress because of joblessness or divorce”.  Subsequent to this Article, Forbes published a 2005 piece, “Five Reasons Why 80% Of NFL Players Go Broke”.  Another highly publicized Article by a Brad Tuttle, asks “Why NFL Players Are So Likely To Declare Bankruptcy”.  A 2015 USA Today Article is titled, “Top Read More +