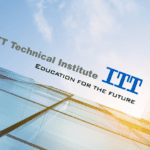 Many people in the United States would be surprised to learn that the profit motive in “higher education” is not something that just magically appeared during the second half of the 20th century. A large number of for-profit colleges, institutes, and “universities” were founded in the decades after the end of the Second World War. Having “profit” as a motive for setting up and operating for-profit schools, however, had its genesis in the United States long before the 20th century; the roots of for-profit education Read More +