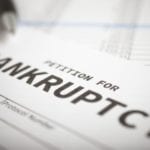 Bankruptcy Code Section 523(a)(6) prevents a debtor from obtaining the discharge of any debt for “willful and malicious injury by the debtor to another entity or to the property of another entity”.  There are two prominent interpretations as to how this provision is to be construed.  The Ninth Circuit interpretation is that the debtor’s actions “must be accompanied by some form of tortious conduct which gives rise to the willful and malicious injury.”  The Fifth Circuit maintains that tortious conduct is not required and that Read More + 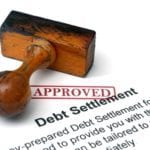 Involuntary servitude and traditional slavery, as it is widely understood, is largely absent from modern America.  However, debt slavery is not only present in these United States, but is a main foundation on which American society exists. Furthermore, most Americans not only are subject to this system, but have also willingly permitted themselves to be become so enslaved.  The majority of Americans are either in debt, are accumulating more debt, or attempting to pay off debts that were in the past accumulated.  This private form Read More +

This author posits that there are three distinct forms of slavery.  To make clear, it is the opinion of this author that the most insidious form of slavery is the traditional definition of slavery.  The traditional form of slavery describes a practice where a person or persons are involuntarily captured or imprisoned and forced to perform services or labor for the benefit of his or her captors.   Although it is arguable that the Colonial populations that were indentured servants were treated in many cases more Read More +

It is evident that the Civil War in the United States was waged, primarily to preserve the Union, and establish the supremacy of the Federal Government over the individual States.  Slavery, as traditionally practiced, was diminishing in the United States, including the South. The African slaves were first introduced into the United States in 1618.  At this time white slaves outnumbered black slaves by a ratio of four to one.   Between  33% to 50% of the immigrants to Colonial America were indentured servants.  At the Read More +

In the 111th Congress, legislation was passed in HR 5827 that provided a Federal Exemption in Bankruptcy for a Debtor’s interest in a “single rifle, shotgun or pistol, or any combination thereof”, provided the total value of such Firearms did not exceed $3000.  Such bill also contained a provision that Firearms could be included in the category of Household Goods, permitting the Debtor to avoid a Non-possessory, Nonpurchase Money Security Interest in Bankruptcy.  Similar legislation was also presented in the 112th Congress in a bill Read More +

Thank you, John B of Brandon.  Here is a Video we made on Fraudulent Transfers in Bankruptcy. Section 548 of the Bankruptcy Code addresses Fraudulent Transfers in Bankruptcy.  Section 548(a)(1) states, for example, that the Bankruptcy Trustee may Avoid any Transfer of Property or other Interest by the Debtor, provided the Transfer was (1) within two years of the Debtor filing Bankruptcy, (2) was to an Insider, and (3) the Debtor received less than Fair Market Value from the Transferee, in exchange for the Property Read More +

In 2005, Congress passed the Bankruptcy And Consumer Protection Act, a Orwellian named reformation of the Bankruptcy Laws. The passage of the BACPA reflected a narrative that Debtors in their use of the existing Bankruptcy Laws were abusing the system of Credit and Debt. The newspapers and mass media sources were replete with narratives of how a rich scoundrel bought a house in Florida, for example, in order to file Bankruptcy, or otherwise escape his Creditors. Remember, OJ Simpson? The 2005 Bankruptcy Act took a Read More +